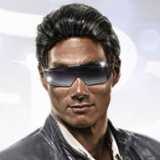 Sorrentino's art is easily among my favorites now.

I dropped this series because nothing much was happening and money issues is it worth picking up again?

This arc is still moving at a slow pace so I suggest not yet, still minimal payoffs in the plot but it seems like it's starting to get somewhere though.

I dine alone several times it's no big deal, when I'm hungry I'm hungry but as for movies never watched one solo, now that I think about it the only time I go to watch movies is if someone else I know wants to watch a movie and they invite me, I'm not really a movie guy.

Comic Relief, friend of the main character that never gets character development

Given Azula's ego even when sane it would make sense that she would go after Zuko as opposed to the other two, a sane Azula and a Zuko after Dragon training I'd give an edge to Azula but the point is I'm sure Zuko can still hold his own long enough for the other two fights to finish.

Given that they're in character Mako and Bolin will likely choose to avoid each other until there's no one left so they'll likely aim for Ming Hua and Ghazan respectively. Though Ming Hua shows more promise in the fight her ruthless approach would likely force Mako to a kill or be killed situation, regardless of character. Ming Hua's style involves her being connected to the water she uses should Mako feel that no other choice is present striking her with lightning would take her out.

As for Ghazan and Bolin, the latter does not have the advantage that Mako has when against Ming Hua. Bolin lacks a counter to his opponent and would require to fight with the same powers as his opponent as opposed to having a trump card, in the end experience with the skill would be the deciding factor.

Ghazan and Mako should roughly finish their fights if Zuko is still standing it would be a 3 on 1 fight wherein Ghazan can focus on adjusting the battle field to limit Azula's area of movement while Mako and Zuko alternate redirecting attacks and striking. Even if Azula beat Zuko a 2 on 1 with a bender who can redirect her lightning would allow Ghazan to adjust the environment to his team's advantage while Mako provides the defense. Once terrain ensures Azula is cornered Ghazan could then focus on offense while Mako maintains defense.

I am tempted to prepare some popcorn right now but not sure whether this thread deserves it.

Depends on mood. I've had moments where I listened to only metal for a week, one where it was all reggae, more often than not though I keep a healthy rotation of all genres which includes rock, jazz, pop, orchestral, and even dubstep among the many many genres out there. I just can't limit myself to a single genre.

That variant cover, really I can't help but imagine club music playing while Cyke and Magnus are acting as a DJ duo.

Depends on the writer. Stoic characters are hard to write when you look at it, yes you have exceptions but more often than not when you write someone that holds back emotion in the manner that guys like John Stewart and Scott Summers have it goes to the point where many would find it hard to relate to. It also doesn't help that some writers try to counter this by going the extreme route and make it so the foil to their stoicism is an over expression of guilt to the point that they seemed like whining. I'd argue that the GL:Corps Future's End tie in was a good example of balancing the extremes of stoicism and guilt in a complex way.

But that's just my opinion, I can see for the most part why people feel the way they feel about Stewart.