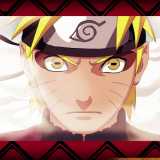 so theres been talk of a new hulk tv show for a while and two others are in the works i cant remember, but it got me thinking that we have already seen a hulk tv show and id like to see others done to fit with the marvel movies.

what do you guys think though if you could have any marvel comic on the tv right now what one would you want to see?