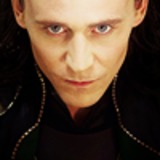 Intelligence without ambition is a bird without wings.

Alias: The Wanderer, The Eternal Warrior, the Devil's Death Dealer, the Universal Watcher, the Time Keeper, the Lone Wanderer

I had been many years since John's leadership of the Wanderers. The band of brothers and sisters alike that transversed the expense of all the universes belonging to an infinitesimal number of worlds. Indulging in the vibrancy of time itself and unlocking secrets which had been locked away for good cause. For reasons unknown, the Eternal Warrior, John Stark, son to the infamous Anthony Stark had slain his fellow brother and sisters....

A few relative decades later, the Lone Wanderer was the recipient of an undiscovered item named the Arcus Externum. It was nothing like John had ever seen. A man who had seen a thousand worlds of a thousand times was left speechless. At first the lone Stark thought it magical, his own genius mind seeking to unravel the mysteries within. But upon further inspection the device was.... Technological? Technology from a race even he was unable to travel towards, seemingly, an ancient relic of a destroyed world, nay, a destroyed time.

The device was capable of feats beyond description. Comparable to insanity in nature; the ability to reshape the very universe itself. Unknown to John, it held other, more esoteric, wonderful abilities (ones he would possibly never discover). The sceptre unlocked a plethora of new technology to John, a mere touch and even his most advanced piece of scientific machinery from the year five thousand was transformed into something anew. The limitations of even his technology were no more, the Arcus Externum... Granting him power, over all...

The scepter has a long golden handle and a black fitting which holds the Arcus Externum inside. It allows its owner to open rifts through dimensions with the Arcum as a gate key, as well as numerous other faculties. For instance, merely pointing the scepter in a given direction is enough to unleash a crude, powerful blast of pure energy. The intensity of which dictated solely by the wielder itself. Misuse or improper handling of the scepter could render an uncontrollably larger explosion than expected, potentially endangering the lives of both it's unlucky user and others around. It can also be used to communicate across space through a form of astral projection, and bend the will of others by controlling their minds. The scepter has two blades encircling the Arcus, an elongated blade over the stone and a shortened blade underneath, as well as a handle measuring approximately two feet in length overall, making it ideal for close-quarters melee and firing accurate energy bursts. The scepter functions as a formidable weapon, its sharp blades being able to violently impale and slash enemies. It is made from extremely durable yet undiscovered materials, boosted in strength by the Arcus' own energies. The Scepter also allows much more, notable examples include:

John himself does not possess anything other than ordinary mutant genes, all of his other extraordinary abilities are a product of the Arcus Externum's own immense power, granting its wielder dominion over the universe itself. Although it may look as though magical in nature, the Arcus Externum is purely scientific although even the best technological would be unable to differentiate or discover it's true nature.

Creation: Inherently gifted with a natural aptitude for combat, John was cleverly conditioned for combat even before birth due to being the product of a secret rigorous eugenics program by his father, Anthony Stark, these genetic advancements were not set to emerge before his thirteen birthday and did so rapidly, one night, John Stark awoke to be birthed with an entirely new power-set and aptitude for combat, his physiology, and mind, are perfectly tailored to the arts of war. He was literally bred to kill.

Mind: The Preternatural Warrior is a fighter of an almost peerless degree, his cognitive facilities are next to none, capable of perceiving the world in slow motion, take in the surroundings whilst assessing and tactically coming up with strategies mid-battle, and then executing them with surgical precision. He can effortlessly watch bullets travel through the air, and his best display of mental astuteness is evading a lighting bolt after it had been fired in his direction via predicting it's final trajectory, and moving to the side.

Sense: His natural senses were awarded a dramatic increase due to the eugenics program, gifting him with instantly focusing eyes which allow his vision to stay in focus regardless of the speed his body. He can "zoom" with his eyesight, able to see a mile ahead, or alter his vision to see any item at a molecular level, his hearing is also as magical, capable of hearing a pin-drop in a noisy room due to his ability to "pick" specific sounds, or focus his hearing to an almost sonar sense. His sense of smell and taste are also increased.

Body: An obvious enhancement, John's body is far more capable of combat than normal, and one major advantage is his bodies ability to recruit 100% of his muscle fibers 100% of the time with no adverse effects, for instance, his body does not produce fatigue toxins, his muscular endurance and strength is exponentially heightened, this lends to him being able to perform feats which in all honestly, look fake, able to outrun sound with dexterous footwork alone and lift far more weight than his body would normally allow (around 10 tons). His acrobatic prowess is also amazing, this is due to a combination of ultra-flexible joints, modified arrangement of tendo ns and more robust muscles, meaning he can "stretch" further than usual without injury. His muscle communication to his spinal cord (and brain) is also sped up, granting his physical reactionary speeds the same as his mind, IE, instant, without delay. Funnily enough, however, he does not posses an augmented healing factor.

Durability: His skin is also more durable than normal, having the same texture as normal skin, yet as tough as Kevlar, able to resist a slash from a steel knife with relative ease, or take the impact from a small firearm with a mere bruise. His bones are as hard as steel, rendering him less prone to breaking, and his punches and elbows, are considerably more deadly.

An unparalleled grandmaster of sceptre based combat, John as a personalized spear-fighting system, one that opportunistically combines the elegant weapon's considerable reach with the Lone Wanderer's dexterous footwork and supreme physical swiftness to construct an armed fighting style of exceptional martial potency. A complimentary system of intricate principles that dictate that offensive and defensive capability are adjoined to the fighter's personal technical ability and martial philosophy. John prides himself on admirable versatility and deceptive deadliness, he is renowned throughout time for his ability to humiliate virtually any opponent.

Thrusts, sweeps, slashing maneuvers all comprise the style's offensive techniques while incorporating nimble footwork and acrobatic twisting of the body while executing attacks. Integral to the fighting style is the development of John' flexibility, internal and external strength, speed, and stamina, with an equal emphasis on balance and coordination.

Though the style itself is characterized by a transitional smoothness between it's vast array of techniques, it does not adhere to the tendency of certain martial arts to elaborate it's forms etc. beyond combat application. The necessary body mobility required for the proper employment of this fighting art in a bout requires the conditioning of one's tendons, muscles, and joints in order to appropriately execute the circular, spinning aerial movements of the style. Thankfully, due to his divine physiology, all came rather naturally.

The intensive acrobatic movements and rigorous athletic demands of the fighting style are endorsed by the Time Keepers' superhuman physical attributes and infamous explosiveness. And though clearly a combat art of unrelenting physical demands, the techniques utilized impart an equal degree of importance on the mental aspect of combat. It is imperative that the Eternal Warrior remain aware of the fact that there is no one method of commencing and terminating a bout with a sceptre.

Only what he sees his adversary leave open to him in their stance or attack and how he opts to exploit it. However, he remains equally aware that such openings may be deceptive lures, and thus he too employs feinting and the art of deception.

John does not often wait to be attacked, instead opting to seize and hold the initiative in order to force the adversary into a defensively reactive position, rendering them unable to form a strategy of attack other than flail or brute force. The Devil's Death Dealer argues that if the opponent has the initiative, one should work to seize it from them as it is both a physical and psychological tool in that the adversary may be overwhelmed by one's attack and lose the will to resume the bout, prompting a flight response.