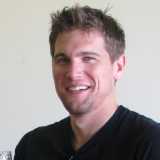 So, in a few moments Tony, Sara, Ana, Daniel, Rorie, Norm and myself are heading down to San Diego for Comic-Con coverage.

Rorie will be doing Hall H coverage similar to last year, while the rest of us will be grabbing all sorts of video coverage in which you will see start to trickle out on Comic Vine over the next couple days. We're also doing a meetup at Sloppy Joey's in San Diego on Friday at about 8pm; so if you're in town, stop by, say hi, and grab a beer.

Haven't had time to really sift through the schedule too much, but curious what are you all looking forward coming out of Comic-Con? Should be a cool event, I always have fun in the gaslamp, especially when it comes to life the way it does during Comic-Con.

I'll try to provide some behind the scenes as far as production goes for road coverage, so check back in here for the next couple days for that.

After Effects was something I rarely touched before joining Whiskey.  I've used it for some simple tracking work and light compositing, but nothing ever nearly as extensive as motion graphics or working in 3D planes.  It was a conscious effort to learn the software by jumping in head first by willingly implementing the software into various Whiskey projects; one in particular: The Comic Vine 3-Minute Expert.

We've been doing the CV 3-Minute Expert for a year now, and if you've been keeping up with all of them you might of noticed a definite solidification of style and structure start to take place somewhere around the Kraven the Hunter episode.  I've gotten a few requests to detail how we put these videos together, so I thought I'd take this render time to write up a little behind the scenes blog.

The process starts with Tony.  Once he's chosen a character or concept to discuss he does an crazy amount of research and fact checking, and begins to write the script.  He simultaneously gathers and scans assets and images and organizes them into folders.  If you look in the example you can see that each paragraph ends with a bracketed number, ie, [01], [02].  He then supplies me numbered folders filled with all the images associated with that point of topic.  This part is extremely important, because without these folders, I'll end up spending a crazy amount of time starting and stopping, trying to find or sift images, or jumping onto the Comic Vine to cross reference to make sure I'm not putting the Bucky Barnes Captain America where the Steve Rogers Captain America is supposed to be, and…well you get the point.   I work a lot better when I can maintain a continuous flow, and Tony has always been really good at picking out the best images and taking that preliminary step of asset organization.

We then shoot in front of a green screen. Aside from the intro and outro, I just keep Tony framed up in what I call a cowboy shot; framed from around the mid-thigh up.  This gives me enough leeway to composite Tony in the comic panels, scale him up and down as needed, and throw him inside Fin Fang Foom's mouth, or attach him onto the Source Wall.

After we shoot, I take the footage into Final Cut where I edit together the cut and flow of the piece.  Just basic cut, nothing fancy.  I export out to After Effects using a 3rd party plug-in called Automatic Duck.  Auto-Duck allows me to export out the final cut timeline into After Effects, while keeping all the meta-data, cuts, handles, and effects that I had in Final Cut.  If you're not really an After Effects user, this probably wont make much sense so I'll just skip this part; but if you are, I cant praise this plug-in enough.  It's made a lot of my projects a helluva lot easier, and I can't thank Vinny enough for setting me up with this.

Now comes the insanity.  I play the audio from the Final Cut sequence a few times, while shuffling through the images.  I do this a couple times to get a grasp on the tone and style of the piece, and to discover what images really hit a strong note with me.  I then usually take those into Photoshop and do some finishing, cut outs, etc.  It's about here where I get a feel for how I want to move my virtual cameras, and images, around to service that tone.  For example, Black Widow was more of a James Bond-style with intensity and intrigue; Kraven was a dichotomy of campiness and tragedy, and The Red Skull was more of front lines war documentary/videography style.  After I feel I have a grasp on how I want these pieces to play out, I set up my first virtual camera into After Effects and get to it.

Nowadays, most every 3-Minute I do is in the 3D world of After Effects; I like to have full control of my camera, and this is the way I've become most comfortable with.  As I place images around I start to move my camera, set up depth of field, camera shake, zoom, dolly, and so on with key frames that ease-in, ease-out, rove, etc.  The images don't do much moving, it's essentially all virtual cameras.  When I get to a good cut, what I'll do is set up a new camera and "hide" the other camera as well as the layers and images associated with it.  This is crucial because as you can see, by the time I get to the end of the 3-Minute sequence I have like 100 layers, and the project would just be too cluttered.   I commonly go through about 10 cameras in a 4 1/2 minute video.

After the motion graphics and effects are all done in after effects, I export back out to Final Cut.  I place the After Effects version on top of the original and play through a couple times to make sure everything looks good.  Often times I need to tweak a couple things in After Effects.  Once I feel good about the graphics I start having fun with sound effects, music, and audio mixing.

That's about it, simple enough once you look at the steps.  The Comic Vine 3-Minute Expert has essentially been my training grounds into After Effects and while there are a few things that I feel like I've learned real well, I know there is plenty more for me to learn.  I try to find at least one new tool to play with every new video, and I have to admit it's been really fun.  Who knows what the future will hold for us, maybe by this time next year the Comic Vine 3-Minute Expert videos will be filled with motion captured Tonys', and live explosives that you can watch in full Smell-a-vision on your 3D setups!