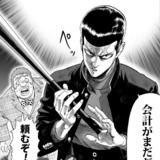 you can even process that you have a strategy..."

Country of Origin: The United Kingdom

Origin: In the year 2034, Calvin was born to a wealthy family who had it all, money, happiness, a large house, until his 12th birthday when it all changed. Calvin's mother was murdered, and the only suspect was his father. Now Mr.Crane being a man of great nuisance to his business partner's was framed for this and Calvin knew this, fighting tooth and nail in order to set his father free. After a corrupt trial, Crane Sr. was convicted of the murder for his wife to Calvin's dismay. Vowing to get his father out of prison he studied law day and night, becoming child prodigy. Later in his teens his latent mutant powers surfaced which succeeded in helping him become an even better student. His teacher's recognized his intelligence around this time and sent him to an institution for the gifted, there he met his best friend Amadeus, another mutant who was researching time travel. Tragically, Crane Sr. committed suicide in prison shortly after this and Calvin was crushed, becoming more and more distant from his colleagues and professors. Amadeus could see his pain and offered him a chance at getting his father out of prison with the help of the students and professors who were helping Amadeus with his time travel project. They were successful in sending Calvin back to the present day and he quickly integrated himself into the legal system of our time. Using his mastery of the legal system(and help from his psychic powers) he rose through the ranks to become Chief Prosecutor, hoping to rid the courts of corruption and to defend his father when the time will come.

Mind Reading/Limited Mind Control: Calvin's X-Gene is all about the psyche.He is able to enter others mind with ease and know everything they are thinking at the time. This also extends to him being able to implant thoughts into people, using the art of subconscious-suggestion to be able to have others do what he wants them to do. If he strains himself and concentrates fully on one mind he is able to gain control of them for a brief amount of time, this however puts his mind under duress and he must "cool down" before using hi powers fully.

Limited Precognition: Calvin can see what may occur in the future if he has access to the people's minds that are involved in what he is trying to foresee. His mind can construct multiple scenarios and calculate what is most likely going to happen in an instant, however he can be wrong due to the fact that it's only a process of elimination.

Psychic Defenses/Attacks: Calvin can construct physical and psychic barriers to help protect him from physical and psychic assaults. This also translates to attacks which he can construct small amounts of energy physically to attack someone, but he much prefers psychic warfare as he is able to constrict and cause extreme pain by attacking one's mind.

Telekinesis: Although not his strongest power(as he is only powerful enough to pick up small to medium sized objects) he is able to wield this power precisely and can operate even the most complex machinery with his mind.

Intelligence: Calvin's intelligence rivals the smartest minds of today, as he has processed numerous amounts of futuristic information and is also well versed in today's.

Master of the Law: Calvin is a master of the law, having studied almost every law text known to man, and is able to wield this information in the courtroom with extreme success, having never lost a case.

Trained Manipulator: Calvin is trained in the art of manipulation and is very impressionable, so when his powers are down, don't think you aren't doing what he wants you to do