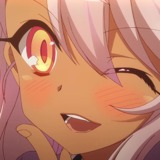 So the year is almost finish, so lets look back before its finish as I recall all the anime I love this year

Ero Manga Sensei: I hate myself for liking a show about step sister who love drawing lewd picture while his brother write light novel and potentially love each other. It's synopsis was cringe worthy, yet I watch it and end up enjoying the comedy and even the some of the heartwarming moments. Is a guilty pleasure that thankfully is not in my top ten.

New Game!!: Not as good as the first season, but still a fun sequel

Showa genroku 2:Not as good as the first season, and the last episode left a bit of a sour taste, but still great.

Recovery of an MMO Junkie: A solid awkward love story of a 30 yr old NEET woman who just quit her job, playing MMO RPG as a guy character, who befriend a female avatar who actually a guy. Is heartwarming, hilarious and honestly tie for 10th place, but I only watch it after I made the list, and honestly number 10 is more unique.

10. Girls' last tour: A show about cute girls set in the future post war apocalypse empty destroy city. The show manage to mixed it's fun tone for laughs, but manage to have lots of mature theme and tone. Letting the setting and soundtrack do the talking and setting the somber tone as the girls speculate how it must have been in the past. We don't get exposition and learn more from seeing the environment and coming with speculation. It manage to have lots of fun moment, even having them both drunk. They also have some moments that make them question the afterlife, culture,music, memories and what makes life. They tackle the topic pretty well. Chito and Yuu manage to have great chemistry with Yuu being the optimistic air head, and Chito being the pessimistic bookworm. It manage to have laugh, mature themes and even make my eye a bit wet. Also the amazing soundtrack, and framing makes for some really great looking scene. Is a good moe anime.

9.Made in Abyss:The series that manage to be popular with anime fans despite being on Anime Strike, and for good reason. This is a fantasy anime of Regu, a boy robot, and Riko a normal girl traveling down underground to find her mother. It manage to be a spectacle in both animation and soundtrack. The soundtrack is probably one of the best of the year and helps with some rather intense and bloody scenes. This manage to create a world that audience can get quickly suck in with the two main lead being very likable and having lots of mystery with Regu. The only reason is so low on the list is because honestly it does move a bit too slow, and the training scene episode was sort of lame and did not felt satisfying. Not to mention they quickly go down the abyss floor which is a bit disappointing as I feel like they could be more exploration. That being said is the start of their adventure and it should get way more exciting in the sequel. That being said the last couple episode were great with intense and tear jerked moment. Definitely deserve a watch.

8.My Hero Academia Season 2: I be honest and say I did not like season one that much since Deku was too much of an annoying cry baby. In here they did made him better, but it did felt a bit sporadic, but whatever he less annoying. If you like the first season you will like this, and if you were mixed about the first one, you might be surprise. This manage to be lots of fun with a decent tournament arc, and a really cool villain. What I really like about this is the fact that this is an anime about a world full of superhero and a school for students to train to be heroes. So is great to see the side character get some shine and have them feel like actual characters. It was fun seeing all of them have a moment to shine and not be regulated to the background. Even giving them great character development. It manage to have lots of shonen cliche but have them be fun by having the characters be fun and being creative with their ability. Plus the villain Stain manage to not only be badass, strong presence, but a psychopath you can sort of get behind. He the type of villain that would be popular in a comic book. Is a fun shonen action goodness.

7.Attack on Titan Season 2: Is attack on titan that manage to be a good sequel. Is there anything I really have to said? You like the previous season you like this. Well I guess I should mention that it manage to be better pace for the most part. There are some rather weak episode that do manage to fall flat and feel like is going forever. That being said it manage to answer some question, but also leave the audience with even more questions that makes them want to see more. Not to mention more titan vs titans, more Misaka being a badass, and one of the best epic cliffhanger this year. I mean my god was the last episode just epic, I mean just badass and epic and left my mouth foaming. Is a good sequel. Crunchyroll/Funimation

6. Land of Lustrous: A cgi anime that looks good. Well that is the best plot twist this year. I mean just click here and look at it. It look gorgeous as hell with amazing choreography, camera works, decent cgi that does not look like garbage and amazing soundtrack to make it a beautiful visual. The show is about a place fill with sentient gem and an unknown enemies seeking to harvest them with Pho, a weak gem, as the main character trying to do her best to Cinnabar. As she does she will break literally and mentally as she goes on a difficult journey trying her best to improve. Making for one the best character development this year. It also had one of the most heartbreaking moment this year that left my eyes watery. Also love the fact that even when they are not moving they find unique ways to make a scene have more weigh to it. Every episode left me wanting more and only reason is not higher is because is only 12 episode and there definitely more things to be explored.

5. Blood Blockade Battlefront & Beyond: A other good sequel that focus more on the unique absurdity of the world. Giving more screen time for other characters and being really fun and creative. I mean what else to say is a good sequel that is lots of fun and is more episodic. Granted I guess people who don't like episodic shows might not like this as much, but I always thought the main plot of the first season was the biggest weakness, so I am okay with it. For those who don't know is basically Men in Black if it was crazier as a cross dimension warp New York City, making it be infested with tons of creature with a secret organization call libra stopping any world ending destruction and is lots of fun.

4.Miss Kobayashi's Dragon Maid: Lesbian dragon move into the main character apartment, Kobayashi, and becomes her maid as she shower with affection. Than more dragon come and hijinx ensues. I did not had lots of expectation, but surprisingly this manage to not only be fun, but also have lots of heart in it. All the character are fun and likable, and just have the best interaction. It manage to always get a laugh out of me, and sometime be heartwarming. It also deal with lots of issues like growing up, and being dependent of others and manage to create somberness tone when it need to. Granted the final episode was rush, and no lesbian ship because they have to drag it out making the last episode that much weaker. Also some fan service jokes fall flat. That being said is a surprisingly great show with an amazing cast of characters. Crunchyroll/Funimation.

3.Princess Principal: Cute girls as spies......Okay. The same creator made Flip Flapper which I really enjoy and this is no exception. It manage to have a really good cast of characters, that have great backstory character that range to really fun, to tragic. There is one character episode that did left me jaw drop, as it manage to retell a classic story, with a twist that made me appreciate and be move by Princess. She is definitely in top 5 princess character. The spy thriller aspect of the show does manage to be fun, unique and clever with some cool gadget, some fun fan service and honestly they do manage to make the cute girls look really cool. Love the setting and really love Princess. Is a great cute girl spy thriller. Odd combination; yes. Is it good;yes.

2.Konosuba season 2: A other good sequel that manage to be more funny, add more great characters and more hilarious interaction............................ I got nothing is just hilarious at what it does. I mean I guess I can said is just comedy anime about a guy who goes to a other world and taking a goddess with her, as he built a team of dysfunctional misfit and are all really fun character that deserve to have bad stuff happen to them. Oh and Aqua does deserve to be bully and WIz is best girl. Also while the climax is not as big as the previous season, it was funnier and this really need a third season because I am not going to read a book with some occasional pictures.

1.Little Witch Academia: I love trigger, until I saw all their anime and realized I only really like Kill la Kill and the rest are just okay. Well I guess I should add this now as this was truly spectacular. Little Witch Academia started as a OVA made by a special animation group for upstarted, with a sequel being crowdfunded. I love both of the ova, and I love the tv show. The show center around Akko, who is trying to become a witch like her idol Chariot, by going to a magical school. She is a terrible witch but will keep trying her best with her strong determination and stubbornness. All the cast are great with some being very memorable. The animation manage to be really fun, as most anime tend to be really static in dialogue, this manage to be full of energy and the action manage to be just as fun and creative. The show is a unique in that it feels like a cartoon, and even having no hint of fan service which is rare for anime that seem to always have a random fan service scene. It has lots of reference to cartoons, but manage to be its own unique and fun world. Seeing Akko struggle is both relatable and fun to watch. The voice actor for Akko gives her 110% as both the voice and animation combined for a really expressive character with lots of fun moments with just their faces. It manage to be both fun and magical and having you cheer on the character. Is my favorite anime of the year.