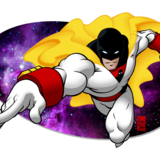 Should I change my Avatar

Been reading a lot of DC lately and so would I have been thinking of switching to something DC. However I do like my avatar as I feel it is quite original.

My name is Sorrell so I like to use a play off of that and say I'm the last son of Krypton (as in Sor-El), but I look nothing like Superman.

If I had to pick a character I resemble it would be Jay Garrick, I also like him quite a bit as well. So I am torn between the three.

What do you guys think? Do you change your avatar? If so how often?

I know I'm almost 15 years behind, but just picked this up last week and have not been able to put it down so far. What that dude can do with characters that are somewhat mediocre is amazing. Not to mention what he does with the characters that are all time greats.

I'm not sure the guy has done anything that I haven't liked. Not including his involvement with the Green Lantern movie.

Batman: Death of the Family

I just finished this last night and I must say I was extremely disappointed. I did not care for it at all and found it to be extremely anti-climactic. The story built and built and built and really seemed to go no where. I would have been perfectly fine if he (The Joker) had cut their faces off, at least something would have happened. I expected someone to die or something and we got nothing. He disappears as usual and its just over.

In the pantheon of Batman/Joker tales this one can easily be skipped as it was completely worthless. I liked the art, and the story in theory but the ending completely killed it for me.

What does everyone else think?

Is he really dead? I really liked the character and hoped we would see more of him. Is he just a martyr or is there something else planned for him. I find it hard to believe he's really gone. They put him in the 616 universe and have him as the freakin' principal in the new Spidey series. Is he gone for good what do you think?

I am a pro-wreslting fan mostly the older stuff from the 80's and 90's but I still do check in with it from time to time. This years Wrestlemania intrigued me with the HHH vs. Undertaker match and the Rock vs. Cena match. The whole PPV seemed to signal one thing to me: the end of the old guard and the start of the new. The Undertaker match was perfect exactly how it should have been with HHH falling to the Deadman and letting everyone know who the man in the WWE has been for 20 years. My problem came in the Cena match, I am NOT a John Cena fan and probably never will be, to me he is Hulk Hogan and everything that is wrong with the business. For years, we have been force-fed the line by Vince McMahon that everything is about passing the torch and setting things up for the new guys to come in and take over. Its how the business keeps on continuing, but last night when Cena dropped that match to the Rock it was clear that rule does not apply to everyone. That was the situation with Andre vs. Hogan and the incident in montreal with Michaels vs. Hart. Cena HAD to win that match! It would have been better for business, it would have shown that he was the legitimate figure for this era, but he lost and now all we come out of it with is that this era will never hold a candle to the Attitude era of old. It wasn't right the Rock should have dropped that match to Cena, to keep things business and keep them progressing the way they should.

I read an article yesterday, where a man in California found his grandpa's stash of comics, containing and Action Comics #1 and a Detective Comics # 27. Now if you don't know that is the 1st appearance of Superman and the 1st appearance of Batman respectivley. The man not being a huge fan of comics is now set to make upwards of $2 million from the collection. The question I pose to all of you: Do you (A) sell the collection and take the money or (B) keep them and add them to your own collection? What do you do?

All Star Superman and Doomsday

Last week I re-read "The Death of Superman" (for like the millionth time), today I saw a post about whether All Star Supes really lifted the 200 quintillion tons. Now my question; Could All Star Superman have easily defeated Doomsday or would have Doomsday have adapted to still kill Superman the way he did?

p.s. if this has been done before I'm sorry.

I understand that everyone is entitled to thier own opinion, and that's awesome. Sometimes though, I just don't understand the Battles around here. I am just as bad at myself so I really shouldn't complain, whenever I see one that sounds cool I always check it out. The reason for this post is I recently read one about Batman and Captain Cold where two people were slugging it out on whether or not Batman would get stomped by Cold. Like I said everyone is entitled to their own opinion and that's totally cool. The first thought I always have when I log on to these discussions though is; Doesn't the good guy always win? In the comics the good guy may get his ass handed to him a time or two but he always and I mean ALWAYS comes back to take the victory. I mean even if you somehow manage to kill one of these guys they come back from the dead (Superman, Batman, Barry Allen the list goes on forever) to take the win. That is why I find the Heroes vs. Heroes or villains vs. villains battles more interesting. Just to state fact I am a fanboy and I am proud of it, and I'll state it here because I didn't want to get into the middle of those two who I metioned earlier; Batman would beat Cold 100/100 times because he is hero and Cold is a villian. It doesn't matter that Cold is a Flash villain or not Batman has taken on Gods and emereged victorious I don't think Cold is going to be much of a threat, sorry. See I can't help myself I just had to state my opinion. I love this stuff, I love this site!

Why aren't Logan's teeth made out of adamantium like the rest of his bones? Thoughts, feedback?

DC animation needs to make an Aquaman movie and a Flash movie for us fanboys! Its obvious that they make those movies for us and not the general public, I believe there be enuff support from the comic community to drive sales for such a movie. It would just be nice to see the two in their own features. Agreed?