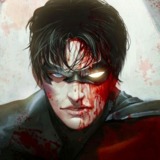 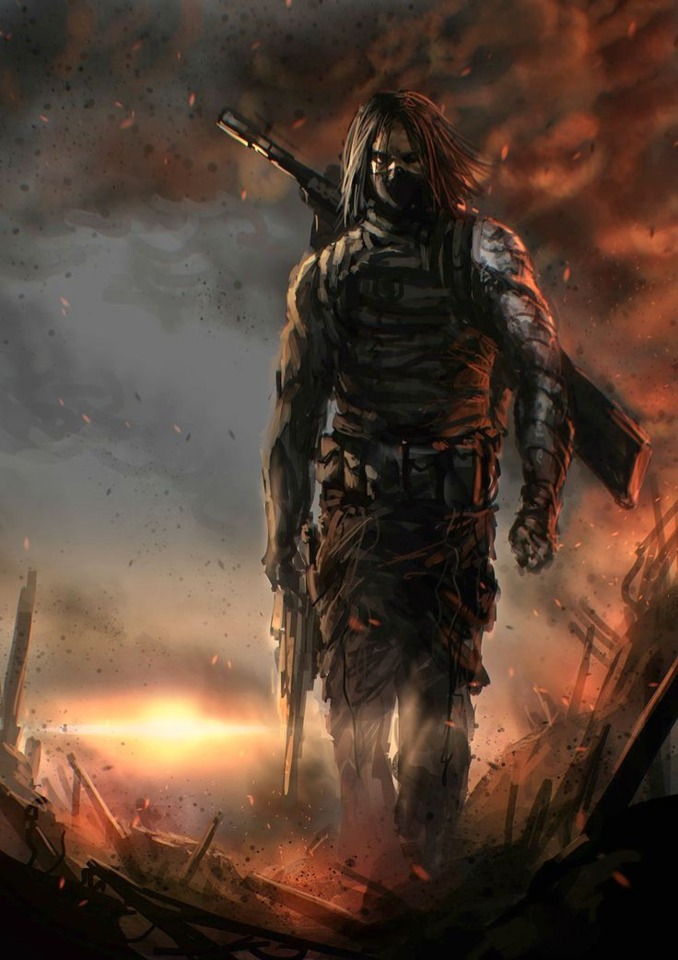 Note: Jason Ford, Darkwing, and all members of the Ghost Crew, use the sound absorbing armor mentioned in my blog.

(Another character for this) Shadow: Real name Lindsey Turner

•Taking the law Jason joins a team in order to take down the Chicago mob. Into our own hands Jason works with the team to enact the plans

• Dividing the spoils. The team to take down the Chicago mob decides where the spoils will go.

• When you fall down, initiate plan b. (End of CVNU, changed entirely to CVU. Vanishes from public eye.)

•(After return): A demon and an anarchist. Has a tough fight with an eight part Oni/human for information before managing to escape.

•Begins construction of a base in Kangbashi China

CVNU (mostly accurate for the CVU):

Highly intelligent. Quick at calculations and combat strategies, as well as all around fast learner and thinker. He has a mind that makes him difficult to fool or be beaten easily, with incredible detective skills and preplanning, very little can get in his way. He is capable of full thought out plans and designs without ever putting it down or saying it out loud. This skill is also something he utilizes especially in combat, watching a persons every move to predict their next one, studying them and others. He is capable of imitating almost any action with extreme perfection. Because he thinks faster than normal, and has trained himself to, he barely forgets anything. Even subtle details. Almost perfect memory.

Enhanced awareness: Due to finally being free from all the pain he's been in so long. Because of this Jason is able to understand what's going on around him extremely well, far beyond what is normally human. His senses are practically superhuman, and his ability to understand the situation has become even greater then it was before.

Predictive movement: This skill actually saved his life a few times in the circus, and continues to do so. He can cause himself to go into a state where his sight, hearing, smell, taste, and even much of touch, could be lost and he could still fight or make proper movements during combat or simply normal life. This comes from having a nigh perfect memory as well as a predicting mind that can calculate occurences in the future subconsciously and play them out like they are occurring presently. Interestingly, this requires little experience of his opponent(s) and environments as he has honed it to work out just about everything. It is almost precognitive in its effect allowing him to picture occurences in almost a third person awareness from the future. He sometimes closes his eyes to get into this stage allowing him to better predict attacks.

Masterfully acrobatic and athletic: He grew up being more agile and athletic than almost every proffesional. Training himself to be an acrobat that surpasses anyone he comes across. His talent allows him an advantage in fighting or pursuit, whether he's chasing or is the one being chased, allowing him to preform things typically only someone with some sort of power could. His acrobatic skill has allowed him to easily parkour or get through construction sights lightly without running into or over anything. He is so skilled he can nonchalantly stand on stampeding buffalo backs or horns unhindered, and walk across their backs like it were the steadiest floor in the world.

Skilled in psychological warfare, military tactics, and art of vanishing and stealth.

Master hand to hand combatant and martial artist: Surrpassing many other masters, His unarmed or armed combat is incredible and he's a master at several martial arts and fighting skills as well as having some training under the League of Shadows.

Worked out his own move called the Red Silencer:

There's only a small chance normally that a kinetic hit to the chest will cause the heart to stop, but when it does occur this causes ventricular fibrillation, a fluttering of the heart muscle. It is easy enough to fix with a defibrillator that medics would use but it is an incredible weapon to use in battle with a difficult opponent who won't be able to get access to that in time, and even if they could the pain and other effects would leave them mostly incapacitated.

The Red Silencer is a special move by hand, elbow, knee, or heel slammed against a specific part of the left side of the chest causing this ventricular fibrillation. It requires plenty of force and accuracy as well as a lot of practice to perfect the subtleties of the move on different people. Its creation was made so Red Mask could take down more difficult opponents without a prolonged fight merely by stopping their heart. This also allows him to cause hysteria for a crowd if he wants merely by hitting a person in the chest just right it kills them, which is not a pretty thought by anyone watching were it to happen to them. It can be used against most anyone as long as he calculates the proper force and subtleties correctly even much larger opponents.

Marksman of most any firearm he could be given: He has a deep appreciation and interest in guns, carrying two pistols on his side and often a rifle on his back. Not to mention a hidden gun here or there. And that's just the guns he always has. He could beat even record breaking sniper shots while doing a summersault.

Expert with knives and explosives: Like his guns, these are on him at all time. His skill with them is rather dangerous, and he rarely leaves a place without a remote detonator to explosives he left.

Possesses and makes use of high tech gear, equipment, vehicles, and weapons.

The result of experimental torture

He still maintains some ability to heal from serious wounds and survive immense circumstances, but it's far from being reality breaking anymore. He has also retained almost every bit of willpower he had before, and thus an extreme tolerance for pain, although he may react to the pain unlike before since now it is not simply drowned out.

He can technically still remember the pain and would be able to use it against a telepath or someone reading his thoughts. Or to power his pain projector, however he's not all that liable to do so now that he's free of it, or at least not nearly as much of it.

His body reacts to foreign chemical and microscopic threats much in the way it does drugs. Annihilating them in such a fashion they are removed below even their base components until they can only be definable as "matter" that gets filtered out.

Has amassed an incredible amount of wealth, resources, assets, as well as a

Everyone who works for Red Mask are told, usually by mouth, their orders and often live in their own homes or apartments (some of which have even been raided by the Ghost Crew) They also have no set base making it impossible to keep track of them for sure.

Jason Ford was once an acrobat in a circus, hence his skills with agility. However this was when he was 14. What's strange is where he got his other skills and resources. And even stranger is that him and most of the circus, including his family, was supposed to have died in a tragic accident. The truth is that he was returned to life by a Knightfall, and tortured for around a decade before being released for some reason.

•Worked with Ivana Strigidae in an attempt to claim Gothic city.

•Took part as a pheonix host during its attempt at returning.

•Discovered Knightshadow's identity through analysis and process of elimination.

•Joined a small part in an assassination attempt against President Brutus (@purveyor) in an attempt to assist his ally El Cid, using the Hush identity.

• Assassinates Alfred Hamilton and steals the Nova Steel formula for revealing the League of Evolution.

•Officially says what that the League of Evolution exists, and their purpose, as well as begins a series of disasters

Doesn't curse with normal curse words. He might say something more odd and peculiar though.

The League of Evolution