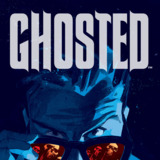 The Jangosphere: Impressions of EARTH 2 (spoilers)

With the release of the so-called Second Wave of The New 52 hitting this month, I thought I'd check out Earth 2. Since I'm new to the comic book world, I literally had no idea what this series was about except one thing: it takes place on a parallel Earth. The cover intrigued me as it showed the Trinity of Superman, Wonder Woman, and Batman. I went in thinking that this would just be a parallel Earth version of Justice League, a series that I read but can't say that I've totally enjoyed.

The first several pages captured my full attention as this was a major force that Superman, Wonder Woman, and Batman were dealing with. I never expected any of them to die here, but dammit if they didn't pull the rug out from under me! Here lately I've also been revisiting one of my favorite shows: L O S T. The way this issue kicked off, it reminded me of the last couple of episodes of Lost in that no one was guaranteed to survive. Just as Jack passed the torch to Hurley before dying, Batman did the same to his daughter Helena before his sacrificial heroics. Yeah...maybe it just spoke to me differently. Seeing Wonder Woman speared was surprisingly gut-wrenching to me, too.

You'd think I'd be disappointed because the big 3 died, but I'm really excited to see where this series could go. Especially after seeing the cover art for the next 2 issues.

I've had a few things buzzing in my brain for awhile and thought I'd work it out into a blog. I've been accused of having intense preoccupation with narrow subjects. But I have many interests and tend to lean more toward certain ones than others depending on my mood. Lately, it's comic books. Specifically, Batman. I've been buying past collections (as funds allow, of course) and I've caught up on the current Court of Owls storyline, but apparently I've alienated my friends who have no interest in comic books--- I think they view the current stuff as if it's the Golden Age cheesiness, which is a far cry from the truth. When topics of Video Games come up, I have nothing to offer anymore. Unless it's Batman: Arkham City, which I've beaten twice now.

I love movies too and here lately, I've been revisiting the comic book movie genre. But no one seems to care when I wanna talk about them. I'm beginning to think that I'm gonna have to abandon the current interest just to get them to converse with me. That may not be what's going on, but that's how I feel.

Ever watch a movie or read a book and adore a certain character and wish there were more adventures to take hold of and enjoy? That's what comic books offer. Granted, I'm just getting into them and because of this great site (I love you, Comic Vine!) I can catch up on past storylines so I don't feel out of the loop. In the past, I always felt that since, for example, Spider-Man issue #600-something came out, I'd never catch up on what was going on. I just need to find myself a few interesting characters and hop along for the ride. As a Batman fan, I have a few to choose from, but I'm looking for something else. I've read great things about the current Aquaman series and a friend recommended Demon Knights, so I've got some pretty good options. Just gotta get the cash and I've thought about selling some crap on ebay just for comic book money.

Besides, in a couple of months I'll be all over Baseball and comics might become something on the side. That's just how I seem to be. Too many interests, and I can't give any of them my full attention. I want to though. I really do.

After years of wanting to keep a blog ongoing more than 2 or 3 postings each time, I bring it to Comic Vine to give it another shot....thanks to my friend, Matt (aka Stormtrance1618). Back in the 80's I was heavy into Transformers and GI Joe comics and then in the 90's it was all Star Wars with the exception of The Batman Chronicles. Frankly, I never had time for comic book reading in my adult years, so in my attempts at returning to it I find that I'm way out of the loop. Thanks to modern cinema and the wave of Comic Book movies, I've been able to tap back into some of those nostalgic feelings I had when reading the books. My main interest is Batman since he was always my favorite "super" hero. With the launch of the New 52, I've been given a great opportunity to jump into fresh waters, but I can't find any of the books where I live. I'm also in search of a dependable website to buy from --- oh, and no Digital copies. I prefer good old fashioned paper.

I guess that's all for now. This was enough to unlock the achievement but I also hope it leads to more musings.