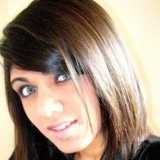 Bronze Team (x-men Generations): The team that stays at the x-mansion as staff, teacher, mentors, etc. but with a twist! They are also the guards of the school, keeping mutants in the x-mansion safe, so massacres don't ever happen at the mansion, like the mansion exploding, so enemies don't come and attack the students, and other massacres don't happen like the bus explosion.


Professor X (Leader)-  The head of x-men teams, making sure everyone is in tact and give missions to other x-teams and the students at home.

Havok (Co-Leader)- He is like Professor x's body guard and side kick. He also is a Danger Room coach and track coach.


Skids- She is a teacher, in charge of the Health (classes) department, and the drama and art club.

Rictor- Teacher, in charge of the history department, and debate club. @

Moonstar- Teacher, in charge of the English department, and Yearbook club. @


Jubilee- She is a mentor for the students, and also is a staff member at the x-mansion and in charge of student council. @ #


Polaris- Teacher, in charge of the science department and science club. @

Forge- Tech of the school, also teacher and is in charge of mechanic/engineering department, robotic club; makes tech for the other x-teams.


Omega Sentinel- Teacher, in charge of the math department, and culture and swim club.

Wolfsbane- Watchdog of the school, protecing the school. Also a Danger Room coach.

Penance- Watchdog of the school. Works with Wolfsbane. #

-Sage: Assist x-men while at x-mansion. also a teacher and head of computer department.


-Stepford Cuckoos: Operator and tracker of the x-mansion; also assist x-men while at the mansion, using their telepathic powers to help detect things they want. #


-Tom Corsi: Teacher, in charge of the gym department and basketball, baseball, football, and soccer coach. *


-Stevie Hunter: Teacher and in charge of the fine arts/ electives department and dance/gymnastic coach and helps with student council w/ Jubilee. *


@- Since they are really not mutants anymore, professor x requires them to take Endurance class and extra danger room classes to sharpen their fighting.

#-Since they are technically still students, yet helping Professor X, he personally and only tutors them

*Only part of X-staff not the actual x-team.

Here's my third team: The Saviors (Team Silver)- Their main mission is to save innocent mutants before it's too late. Mutants who have just experienced their powers, etc. also they are to stop any hate groups, such as Purifiers, and to make sure no mutants are kidnapped to join evil clans like evil brotherhood of mutants, or Maurders get them, etc.......

Angel (Leader)- Has he ever been leader? well for this team it suits him well! He is deff a savior :D

Rachel Summers (Co-leader)- Her being telepathic can help detect mutants! Very handy during a crisis


Dust- She knows in her heart saving mutants are what she's meant to do, as she was saved too.

Rockslide- He is a tough cookie ready to fight!

Mercury- She is very sneaky! and can surprise da bad guys!


Dazzler- She's ready to "dazzle" her opponents! and wants to do good for mankind :D


Boom Boom- The comic relief for the team! She's lovable and loves to take care of her team!


Multiple Man- He can definitely help the team when kids need to be saved fast with scarce time, with his multiple people :P


Beast (Co-Leader)- He has the intelligence and knows what he's doing!


Bishop- He doesn't let anyone in his way!


Psylocke- Bad-ass ninja who can do any mission! and she's making sure that she won't die again (like last time :P )

Rogue- She won't let anyone touch her teammates, or else she's going to have to touch 'em back ;)

Colossus- The strong guy of the team!

Shadowcat- She can go through lasers, and stuff like that! she'll help the team during missions!


Nightcrawler- He can teleport during the worst times :P

Siryn- Her Sonic Scream could really help when the worst happens :P

Wolverine (leader): He is willing to lead the team!


Cyclops (co-leader): He needs to take a little break, but still be on top of the team!


Emma Frost: She'd do well in this team! and deffinitely wants to be at cyclops side!

Storm: She has the power of a goddess and has good attributes for the team!


Magma: New member of the x-men- her power is essential for the future x-missions!

Firestar: another new member, but is also another handy fighter!


Iceman: He is another character that can really help x-men, especially when they are in "thin ice" ;)


Warpath: He is the "strong" person on the team! he needs to cut his hair though lol

Cannonball: He is a handy person! Just has to be on the team!

and of course the X-MEN!

SHISH  Psylocke likes it in the nude ;) jk

I just HAD to add this :P yay!