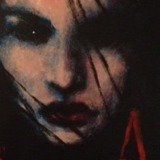 There's something in the darkness

They shouldn't depend on bringing back popular old characters for the nostalgia bump. Instead they should try to create and develop popular new characters. (Besides, I don't trust Disney to handle Lucas's characters.)

Tano is used to fighting opponents who use lightsabers rather than a staff made of metal with a fighting style that is not familiar to her.

She was already fighting opponents with staves when she was a Padawan. I can see an unfamiliar style causing her problems but not THAT many. Of all the saber wielders alive during this time she should have the most experience and training. She was never shown as some kinda lightsaber prodigy or anything but she grew up as indoctrinated child soldier in the biggest conflict in a thousand years. She has experience in spades. I just can't see some glorified office Karen somehow giving her that much trouble.

I came back to SWTOR a few weeks ago. Had 90 million or so credits, I think? Today a broke a billion for the first time in that game. Big milestone. I've wanted it for a while.

I think it was her stuntwoman. When the helmet came off and you could see her face her movements were clunky and she wasn't snapping on target anymore.

Either Wen or her stuntwoman has put in at least a little bit of time on the range. The difference between her blaster scenes and everyone else is night and day.

So she didn't help with either death star or team up with Luke after it was all over and he was trying to put the Order back together? I'm sure there are reasons for that. Which Disney will explain in the ninety seven tie-in mobile games and trash-tier books they squirt out of their asses to cash in on the Mando's success.

Ahsoka loosing a saber to some middle aged woman with a spear is stupid too. She fought through most of the Clone Wars and is one of the few people alive at this point with genuine training in any of the lightsaber styles.

Her actress looks the part. But kinda sucks as an actress. Guess that's the dilemma though; acting chops or the person who fits the look?

Lone knight-errant wandering the galaxy righting wrongs with laser swords and supernatural powers fits the original Lucius vision of the Jedi better than most other takes though. They did a good job capturing that.

@theengima: Why only blaster pistols instead of blaster rifles though? From watching the show it seems the rifles are plentiful and much more powerful than pistols. Not too much bigger either.

I haven't seen any slugthrowers in the Mandalorian just yet either. Which makes sense; they were already outdated by the time the Rakatans invented hyperdrives and blasters and enslaved everyone.

Speaking of annoying little details, why do they all carry pistols when the show establishes pistols sometimes fail to penetrate droid armor but blaster rifles can punch a hole through that same droids head? I can kinda accept the tactical suckage on the grounds it's a cowboy show and they're trying to shoot Clint Eastwood action scenes but they aren't even trying on some of this stuff.