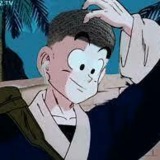 @god10000: BM Naruto is barely planet level lol, how is that fair

It's gonna be a stomp for Clark

@xana1: We can do 1 more post each and then we will open to voting, I will try to have mine up some time soon.

@wabubub: This isn't just any bear, it's a grizzly bear. Humans avoided them as much as possible and still do now. Without a large caliber rifle you aren't doing jack to a bear.

@pmcinelly784: Grizzly bears are tanks, I doubt one spear is doing much, especially not with Cheetah speed, as bears are fast themselves. It's not like you are moving like a blur, he will still easily track you.

And God please don't hunt Grizzly bears with a bow, you are asking yourself to get killed.

@whathappened: One person responded to your comment wtf are you talking about?

Anyways, human wins since cheetahs are actually more agile than leopards who easily overpower and eat them

Leopards are never mentioned by OP in the Thread, can you not read? Why bring them up in the first place when the human is facing a bear?

There is no evidence that a punch to a head of a chimp will actual do a lot of damage.

WTH are you talking about? Chimps hit each other with rocks because they can get brain damage, they are just as susceptible to physical damage like any animal on the planet.

I disagree with being unable to dodge blows from a trained fighter. Yes, Ngannou has years of training and is currently the best heavyweight on the planet in MMA. Which likely means he can take out any light heavyweight, middleweight, welterweight, and so on.

This has nothing to do with dodging blows, the reason why dodging from a trained fighter is so hard is because of faints and foot movement, something a chimp has no way to process.

Size does make a difference: I admit this and know this personally as I wrestled collegiate At 149lbs. During practice, I would not pair off with any heavyweights due to risk of injury. However, we would joke around and go half speed after/before practice and no amount of skill difference could compensate for the size disadvantage. However, that is human vs human, with set patterns/goals in mind. Just like Ngannou would likely destroy 99.999999999% of the human population in a street fight.

The reason he would beat most people is because of his strength and skill in a street fight with no rules.

However, we are talking about a completely different species in which none of us have trained to fight.

Like I have stated, people have fought off attacks and killed bigger and deadlier animals, black bears, lions ect.

And those are humans who are typically attacked out of the blue, with very little chance to survive.

Essentially the fight is pure chaos

Like every street fight, or fight with drunk people. Just because it's chaos doesn't mean the person trained in fighting is at a disadvantage.

No, it's an animal attempting to take his life, a human is extremely resilient in those situations, more so a person who fights for a living. Adrenaline is one hell of an advantage.

As for the ground game, I don’t think that would be the best idea. That would put you in the chimp’s grasp and biting range.

The Chimp would attempt to put itself in bitting range, which is the perfect opportunity to takes it's back and put it to sleep. With the shape of it's head, it would be at much more of a disadvantage in rear choke.

Looking at it from a purely wrestling standpoint

Which is a problem, why would you only wrestle a Chimp, your best offense would be Judo and BBJ if you need to take it to the ground. Judo ensures you use his momentum against him, with BBJ helping you get a good hold on vital parts, especially since you have no problem with breaking them.

Which is part of the problem, you cannot see how someone would do something because you are limiting your view. Chimps aren't nearly strong enough to beat an average man, yet he is supposed to beat a high level athlete?

a double leg or single leg is out of the question: plenty of wrestlers have shattered their kneecap

Again you shouldn't use wrestling on a chimp, and you don't need to either, the way a chimp would fight you would more than likely end up on the ground any way.

I guess with Ngannou’s size, he can attempt to just slam the chimp down and immediately attempt to get on top, but then he runs into the aforementioned issues.

Why would you get on top?

He has his mouth and hands to grab you, get to his back and choke him out, why would you ever lose the chance to grab the back.