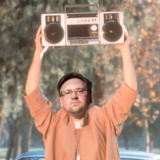 Why Ya'll So Darn Angry?

I understand the debate threads. A few years back, I was there, and I understand that things can get a little heated, but seriously, what's up with all the name calling? Why do we resort to that when either losing a debate or dealing with a troll? "Can't we all just get along?" Why can't we just walk away from it? I've been a member of CV for a while now (5 years, I think) and I've been a staffer for two years, and the main thing I LOVE about this site is that it's fun and run by a group of really cool staffers and mods who work to the bone for you guys.

The internet is supposed to be informational and fun, at least that's how I see it, so why can't we just have some fun? Who wants a free hug?