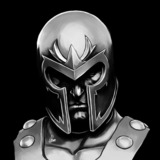 @warlockmage: Cool. When I was a kid, it was Leo because he was the leader and he used swords (that's literally all it took lol). Then when I started getting older, it changed to Raph. Then Shredder...but Raph is my favorite turtle lol.

Cool. What made you chose Raph over other TMNT characters?

@lukehero: Well damn...Disney already owns Lucas Films, Pixar, ABC, ESPN, and Marvel. And I think they have some stake in Hulu too. Now they're getting FOX? It's over.

I don't know. Maybe they envy Marvel for consistently putting out a better product (referring to live action only; Rebirth is great). Maybe it's because the DCEU is universally panned, and unfortunately, it's with good reason.

Probably a dumb question, but...is this spoiler free? Can't watch it till next weekend.

Good for him. He put in a lot of work for Marvel. I feel like Marvel fans aren't gonna appreciate just how much he was doing until he starts putting out work for DC.

@lukehero Won't hurt him or JL at all tbh. He apologized to Burton, there really isn't any evidence of the Golden Globe incident, and as creepy as the Montreal interview looked, the host herself said it was completely out of context. Plus, America has trouble concentrating on too many scandals at once and right now, it's either gun control, NFL kneeling, or Weinstein. Miscellaneous Trump news covers everything else. There isn't much room left for Affleck.

@lukehero: You know, as someone who enjoys shooting Revolvers, why should I pay more for my hobby? More people die from Motor Vehicles than Guns. Lets make Gas more expensive. Like really?

Also many people can make bullets if they wanted too. I know a few who do.

Look, banning Guns is stupid as shit thinking. Even England has guns, shot guns or hunting rifles. England, Sotland, and Ireland have good deal of guns of some kind in their homes too. America just needs to ban high power rifles and any automatic gun. Hand Guns, Shot Guns, and Single Shot Hunting Rifles should be fine.

That's...really faulty logic. Over 90% of all U.S. homes own a motor vehicle of some sort, and that's not to speak of public transportation, taxis, etc. It makes sense for there to be more vehicular deaths than gun related deaths. And realistically speaking, vehicles serve more of a purpose in our society than guns do (military excluded).

On topic, I don't think guns should be banned--it's completely illogical at this point. And while I think increasing the cost of bullets is a creative idea, I don't see it being too effective because anyone who wants them bad enough will get them regardless. All that said, I don't really have a solution. I would need more thought, but anything I come up with would likely have a workaround somewhere.

@lukehero No, I am not ready for some football...

@lukehero: Cool list. I don't have a top 25 list (...yet...), so I can't necessarily say what I would change. I probably would've switched around TDK and Logan, but they're 1 and 2, and I didn't even know From Hell was based on a comic.

Also, I agree WW is similar to First Avenger, but I think it's done much better (tbh I thought First Avenger was kinda boring). It's funny because I remember thinking the German dude (Ludendorff) reminded me heavily of Red Skull, especially with the strength enhancing gas.