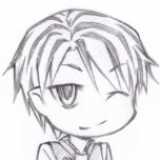 What I've Been Up To

Well, like the title sequence in Watchmen suggests, the times, they are a changin. I've been away for quite some time, stopping in to take a peek at news. Since my disappearance I've continued my aspirations in playing as much D&D as possible as well as held an art contest on another site, the results being my new icon and profile pic. I've picked up the new pokemon game and played it through as well as starting a nuzlock through Heart Gold. I've found a nice source of pictures that I plan on filtering through to bring here as well as try and track down the terms of picture posting so as to clean up some of the articles around here since they need sprucing. I've started to delve into this whole achievment thing since it gives me a guide of what to do. Plus it allows me to read more. In personal news, I've made it to college, yep I know I'm a youngin. However, I look back at my freshman year and reflect on how much I've missed out in comic reading due to extreme lack of funds. Well, thanks for welcoming me back I should have tons of time to help out now that summer break is at hand.

PS, I wonder if I can get a name change? prob no.

The Dark Knght with Spoilers

Here is my little review of TDK. First of all, WOW it was fantastic. If you get the chance see it in theaters. I saw it at a midnight showing and Im geared up and ready if I decide to see it again today. ANyway, on to the movie. I loved the acting. Maggie Gyllenhaal did a wonderful job as Rachel and the swith between actresses is hard to notice overall. Bale did a fine job as the Batman and I have little to say about that because after Begins I found him to be my favorite man behind the cowl. Ledger (RIP)...well his role as the Joker was frightening. It was horrifingly terrific. I mourned with many when he died but for about two and a half hours he was the pure essence of the Joker leaving me with a movie going experince I'l never forget. I found myself laughing at the strangest things as if while he played his part he was in my mind.  It sounds weird but it was amazing. I'm heartbroken that he will never be able to take the role again, more importantly any but...Anyway...Aaron Eckart was awesome as well. He played his part that reminded me much of Nathan Fillion in Firefly/Serenity. Also his switch over to two face for the last 45 minutes of the movie was incredible. I was however upset when two face died. It  hurts to deal with an actor who dies (Ledger) who will never be Joker again and can never be replaced but to find the other villian of the movie dead (Not the actor the character mind you). THe action scenes were breathtaking it was an action thrill ride that Im going to ride again and again. Overall I give it a 10/10.

The Joker has Fallen : (

Just wanted to inform everyone. Heath Ledger, the Joker for the upcoming Batman movie, the Dark Knight, was found dead today in his apartment in Manhatten.

Thank You for your time.

My brother's results:
You are

Your results:
You are

Lets see well Its late, I'm browsin...I don't understand this point system???What can be contributed after so long? Well...Tschus! PS anyone willing to tell me how much some random comics would cost?
Start the Conversation

Blogs Created:
9 blogs
Most Commented blog:
What I've Been Up To
Total Comments on blogs:
4 comments