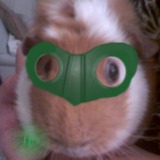 Until we meet again!

After being introduced to comics, I decided that they were the best thing since genetically engineered self-slicing bread. I am an aspiring comic book writer (and maybe novelist too), and hope to one day work for Image or Dark Horse. As a hobby, I paint Legos to look like comic book characters. I've posted most of them in my blog, though it's been a while since I put up any new ones, due to an unfortunate paint allergy.

If you have any questions, no matter how random, or if you just want to chat, feel free to send me a PM!

Favorite Musicals: Shoggoth on the Roof, Sweeney Todd, Phantom of the Opera, Les Misérables, Little Shop of Horrors, The Nightmare Before Christmas

Favorite Movies: The Grand Budapest Hotel, Hard Core Logo, Pontypool, What We Do in the Shadows, Silence of the Lambs, Nolan's Batman trilogy, Scott Pilgrim vs. the Universe, Sunshine, Troll 2, the Phantasm series, most anything Pixar, Gattica, The Minority Report, the Re-Animator series, and the Frighteners.