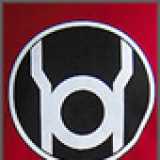 Well just a little over a week until I head to San Diego from my first Con. Rather looking forward to this, and who knows maybe I'll run into some fellow ComicViners.

Well took the nieces and nephews out, they had a blast. Picked up the first Omnibus for Stuff of Legends and got it signed by Mike Raicht, also picked up some of the DC New 52 #0 issues. I had originally just bought these in the trade but decided to get some of the individual issues in the hopes of getting them signed in San Diego this year. Think they'll look nice hanging up on my wall.

So I spent a good part of last week playing Arkham City, great game and even after beating it I found I couldn't put it down. Its just too bad that there aren't more decent superhero games. But I've found very few and often wonder if because developers just can't get their head around building games for characters like that. Which leaves me wondering if that's the case can we get more games that can fit the vein of Arkham Asylum/City. How about The Question, or Green Arrow... Hrm I wonder what a Single/Multiplayer Co-Op based on Demon Knights would be like. Yeah I rather like that idea.