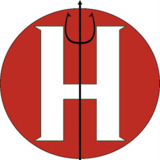 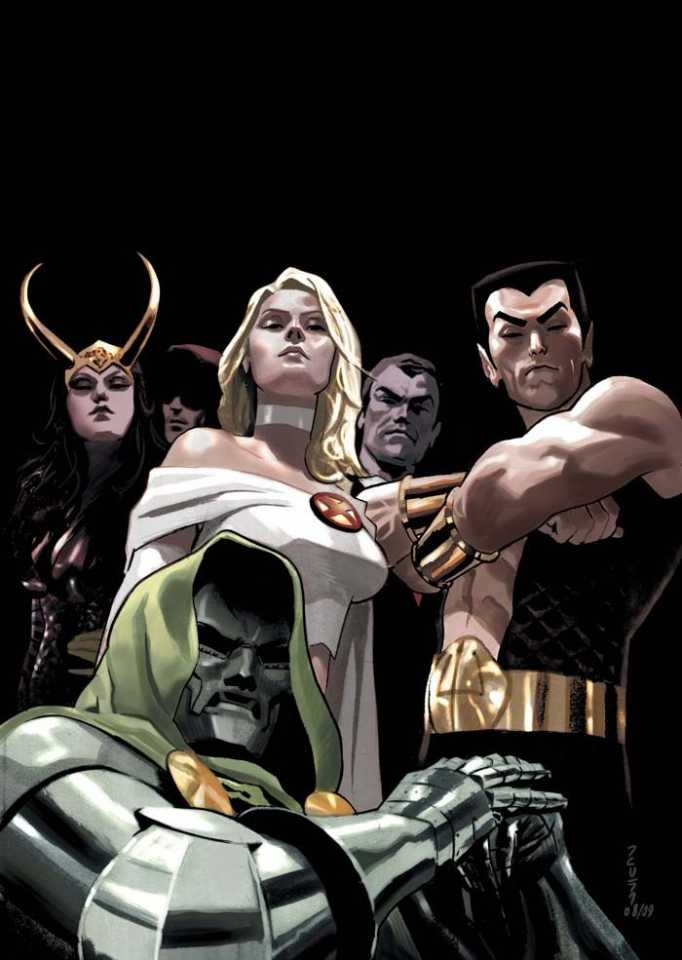 Said to have been founded in Britain during the 18th century by a collection of affluent noblemen and women, the Hellfire Club was built around the ambition to create a veil of lascivious ecstasy and upscale euphoria for the common social juggernaut, while its now infamous Hellfire Monarchy indulged in the greatest pleasure known to both the gods and the mortal man; power.

With a beginning as an extravagant hub for the moneyed lifestyles and carnal indulgences of 18th Century British aristocrats, the Hellfire Club's wealth of monetary resources and beguiling promises of salacious elation ensured the lavish establishment's expansion to other European territories, and eventually American soil, most prominently fortifying it's presence with grandiloquent branches in New York City and Paris. Experiencing an evolution in its core objectives, the Hellfire Club's primary purpose soon became the acquisition and exertion of power through the realms of politics and economics, opting for an underhanded approach to it's desire for global control.

A historic source of orchestrated wars and assassinations purely designed to accelerate the agendas of its most invaluable members, the Hellfire Club's reputation furthers its polarizing flair. While once overseen by the Lord Imperial, the prestigious title has since been discontinued upon the Manhattan Matriarch, Valerie Huntington-Whiteley's coronation as it's White Queen, transferring all of its powers and authority to the now frantically coveted title of 'White Queen', resulting in a cycle of failed backstabbing, meticulous plots, and even in the founding of inauthentic replicas of the club itself.

Since the Huntington Heiress' ascension to the pinnacle of monarchical power in the Hellfire Club's new era, the magisterial club has experienced a variety of innovations, none greater however, than the opening of a Spanish branch in the seaside city of Malaga, headed by Ziccarra Liafador, the Hellfire Club's Red Queen. The Malagan Hellfire Club successfully cultivates a unique place where the fashion, art, design, music and people of the Spanish city to form a new dimension of socially arresting inspiration and captivating entertainment without compromising the continuity shared by all of the club's distinguished branches.

With an environment boasting a refined cosmopolitan style, where sophisticated and refined design express the club's patrician swagger, the Hellfire Club, though historically a home of perceived antagonists, knows no greater protagonist than the enrapturing combination of elegance and class that have ingrained themselves as its core characteristics.

Perhaps the most authentic incarnation of a supposed Illuminati rumored to seek the establishment of a new world order by misguided teenage minds, the Hellfire Club's Inner Circle encompasses all of the club's core principles of power, control, and influence. Since the incipience of the endless socio-political conflict between man and mutant, the Inner Circle has functioned as a secret society opportunistically dipping it's fingertips in the globe's most tumultuous scenarios for the sole purposes of maximizing the wealth and power of it's individual members, but none greater than it's undisputed White Queen, Valerie Huntington-Whiteley, as well as aggrandizing the social magniloquence and glory of the legendary Hellfire Club.

Often found within the shielding walls of the dubbed 'Inner Circle Lounge' or 'VIP Section' to the common man, the Inner Circle's respected constituents are rumored to hold meetings in a domain of even greater palatial splendor than the rest of the Hellfire Club itself. Said to surround themselves in an atmosphere dominated by the rich scent of premier cigar smoke and aromatic spiciness from the plethora of fine alcoholic beverages, few, if any, outside the walls of the Hellfire Club are familiar with the identities of the majority of the Inner Circle's rumored members, the Inner Circle Lounge's air of unparalleled exclusivity and mystifying secrecy never wavering and never breached.

Offering an endless array of luxuries to fulfill every arriving guest's desire, the Hellfire Club brings the most extraordinary clubbing experience to all who set foot inside, mesmerizing guests with a dynamic menu of entertainment ranging from exotic dancers to live performances by the globe's most celebrated musicians. In the Hellfire Club, the most diverse styles meld into a compelling melange of decorative arts. The interior architecture derives it's impulses from the legacy of various periods of the past where one finds antique choir stalls, ubiquitous angles, frescoes, murals, painted ceilings, Romanesque window arches spanning Byzantine painted glass windows. The very essence of nightlife and entertainment comes to life in the home of pleasure and sin.

Regulated by an overtly complex quantum-computing system installed by the Hellfire Club's White King, Andres Knightfall, a virtually impenetrable force field comprised of continually replenishing twinned/virtual particles is instantaneously erected, encompassing any Hellfire Club branch under external assault. Generated via the manipulation of quantum and virtual particles, the force field's function is relatively simple. When some object/energy interacts with it, the field of particles cannot be properly annulled in almost all cases. No recorded shocks to the field have managed to penetrate it as the quantum-computing system succeeds in duplicating particles from within an unknown source to generate the field.

Furthermore, among some of the force field's properties is the ability to absorb and store energy e.g. electricity, kinetic energy etc. in a personal quantum dimensional state. Energy that is stored and is prioritized by quantum computers for certain types of destructive counter-emissions against external threats. Additionally, the club's security staff are rigorously trained in the primary aspects of combat ranging from stand-up striking, grappling, and ground-fighting while being armed with an advanced brand of weaponry ranging from electro-thermal accelerators to plasma-powered cannons that accelerate projectiles by using plasma discharges between electrodes at the rear of the barrel, generating an immense increase in pressure.