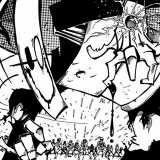 I'm Moving Tomorrow + I Don't Know When I'll Be Back After Today.


So this is an early goodbye.
Start the Conversation


Superman: Whatever Happened To The Man Of Tomorrow?
100 Bullets [Book 11] Once Upon A Crime
Superman Up, Up And Away
Bone Vol. 1 and 2
Superman Emperor Joker
Justice Vol. Two

I literally ordered every Superman comic book I could. New Krypton is not available this year at the library and I believe Man Of Steel Volume 1 and/or 2 was unavailable. I forget...
Start the Conversation Batman Bruce Wayne Fugitive Volume 1 ( I LOVED Bruce Wayne: Muderer? so this could be my absolute favorite Batman arc.)
1 Comments

I'm not sure who but I wouldn't want Spider-Man giving me advice. The "With Great Power Must Come Great Responsibility" saying already scares the shit out of me without having powers, I don't need to feel like I have to do superhero shit all my life just because I have powers.

Annihilation Vol. 1 (Yes AGAIN! I didn't have time to read it the first time around)
The Walking Dead Volume 3
Green Lantern Emerald Twilight (FINALLY! I can start reading all the Green Lantern comic books I have now!)
Animal Man Deus Ex Machina (Grant Morrison is a pretty good writing from what I read (Immortal Iron Fist Vol. 1 and 2) I hope he impresses me some more)
The Flash Crossfire (I believe with all The Flash comics I've gotten today, I can finally start reading Geoff John's The Flash)
The Flash Rogues
Batman Arkham Asylum (Grant Morrison again. And I need some more Batman comics ASAP!)
The Flash Blitz

I've been DYING to continue both of my series. They are easily among my favorites.

Comics I Received Today And Yesterday

All other answers are AUTOMATICALLY FUCKING WRONG!!! But seriously, I'm a huge Sonic fan. Sonic The Hedgehog 2 is still my favorite platformer.


All-Star Superman Volume 1 and 2 (This comic book has and still does have a serious effect on me even after I've read it. I even had my first comic book dream the night I read it.)

Batman Dark Victory (I LOVED this comic book much much more than The Long Halloween!! I can thank the much more exposure that Holiday, The Joker and of course DC's greatest villain, Two-Face for that!)

Batman Hush (So far so good. I'm glad I made this my first Jim Lee comic book. Catwoman has never looked better.)

100 Bullets Volume 4 (This comic book was funny as HELL!!! I never laughed so hard and much during a comic in my entire life! Easily my favorite 100 Bullets comic so far)

100 Bullets Volume 5 (I loved this one's story. It also made me put Lono as my favorite character in the series. I didn't have one until this volume.)

Ultimate Spider-Man Volume 10 (THANK GOD ULTIMATE SPIDER-MAN IS BACK TO NORMAL!! I was getting worried that 100 Bullets would be the only series that could stay consistent. Sure Ultimate Six was great but I didn't really like its art and if you are going to not have the main character show up that much then when he does F'KING MAKE SURE HE ACTUALLY LIKE HIMSELF!!! Anyway, Volume 10 redeemed the series and I will no longer question why its my favorite comic book series.)

The Walking Dead Volume 1: Such a great comic this was. I believe it already deserves to be in my top 5 comic book series (top 3 if Cable/Deadpool doesn't get it together) I'm glad I made Walking Dead my very first zombie comic.

Astonishing X-Men Volume 1: Not bad for my very first X-Men comic (believe it or not) I'll definitely be reading more of this series.

Nightwing Year One: Meh. I didn't care for the unconsistent art and the story was nothing special. I shouldn't have picked this to be my first Nightwing comic. At least Jason Todd was funny in this one. I also got to see Deadman and Batgirl in comic book form for the first time.

Superman Red Son: I'm going to have a hard time describing how good this comic book really is. All I'm going to say is that I loved Batman's part in it.

The Flash Lightning In A Bottle: Why did I make this PoS my very first Flash comic? Dammit, I had Geoff Johns run in my room and everything but then again I still needed to get some of its earlier comics. Okay okay let me rant. Griffin SUCKED!! He was like a cheapass version of villains done much much much much much much better in the Static Shock cartoon (Firestreak, that sound chest guy, Alva's son (he had f'king cool wing powers) Rubberbandman..) And the flashbacks were handled HORRIBLY! It was good to see a little bit of what happened with Superboy Prime and The Flashes though.