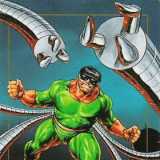 My name, It's Jack, Jack the Gripper 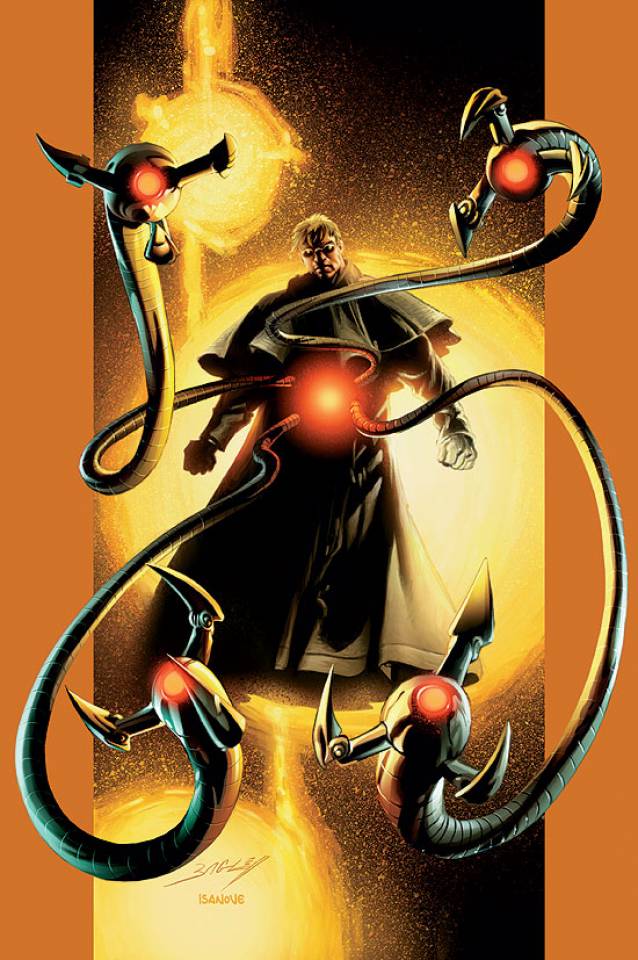 AKA- Death Grip, The Four Arm Fighter, Jack the Gripper

Joseph Marone was nothing more that simple janitor. However he was a janitor for one of the leading scientific research centers, The Future Fulfillment Foundation. It was a place where future dreams could come true. There they worked on everything from stem cells research to robotics technology. Nothing was beyond their reach.

For forty some years now Joseph had been employed on the night shift cleaning up any and all messes. He would sweep, mop, dust and even empty the garbage, nothing was to menial for him. For his years of loyal service he received two honors that he held on high. One was he was on first name basses with every one that worked there and two he was granted access to top level security rooms.

Every night when his shift began he would always show up a few minutes early so he could talk a bit with his good friend Willey Strought, the chief security office. After signing in at the front desk, the two would chit chat for a while about being over worked and underpaid, but in the end they would both have a good laugh and get back to work. For the next few hours Joseph would go cleaning each room by room thoroughly in silence listening only to the song in his head.

Eventually he would work his way up to the FFF's top secured Research and Development lab where every night he would meet up with Dr. Carl Suars, working late. Carl was the smartest person Joseph ever met and the two of them were the best of friends. In fact Carl was the first to call Joseph "Gripper" due his arthritic grip he had on his mop. The good doctor reveled in telling Joseph about his work in Squid's stem cells but it was always over poor Josephs head. Still he listened respectfully.

Then one night everything changed. Joseph started his shift the same way as always with a brief interlude with Willey and then straight to work. However when he reached the lab Carl was not there. Joseph forgot that every few weeks Dr. Suars would work the early shift leaving the lab abandoned at night. Despite the fact Joseph continued with his work alone unaware of what was next to follow.

Suddenly the rooms one and only electronically secured door opened wide and five armed men swarmed the room. The were covered head to toe completely in black with dark tobaggons covering their faces. Immediately they began barking orders and told Joseph to lay on the ground motionless as they started ransacking the room stealing any research material that looked profitable to sell. Joseph was scared to death but deep in his heart he knew he had to do something.

Joseph waited, buying his time, watching each of the criminals move around the room. After only a few seconds it was easy for him to tell which of the men was the teams leader. That was the guy he had to stop. Still lying on the floor Joseph grabbed his mob tightly and when the leader came into range he swung as hard as he could at the mans leg. The leader being caught off guard dropped his weapon and fell to the ground whereas Joseph pick it up and began ordering the criminal to cease their activities. For a few brief seconds no one truly new who was in charge. True Joseph had one gun aimed on the leader but the other four criminal had their guns aimed at him. It was a Mexican strand off.

Then as luck would have it Willey, the guard, stood at the door armed and defiantly took charge. In a authoritative voice he ordered the criminals to drop their guns and get against the wall, which they did immediately. Willey then moved over next to Joseph and assured him ever was going to be okay now as he safely removed the gun from Joseph's shaking hands. He was now the only man with a gun in the room and the only one giving orders.Willey then, following procedure, got on his radio and began to report the crime in detail.

However to the dismay and confusion of Joseph, Willey began to scream in to the radio in a state of panic. Instead of reporting a crime of five armed men, Willey began telling 911 that Joseph was the one behind the robbery. His exact words were "Oh my God, It's Joseph the janitor,. He's and five men are robbing the place! He's armed and crazy!" then he turned the radio off to dead silence.

The five criminals began laughing at the predicament and it was obvious now Willey was in league with them. He alone knew when Dr.. Suars would be away and how easily Joseph could be blamed. With a look of evil Willey told the gang to hurry up before the real cops arrive and then turned his attention again to poor Joseph. The two locked eyes for a brief second, that for them lasted a life time, however it ended with Willey shooting Joseph through the chest, severing the spine. As Joseph fell back the last words he heard was Willey saying "I told you I was underpaid. It was this or go broke. Sorry Gripper but someone has to take the blame."

However when Joseph fell back, he fell down upon a table full of random experiment. One of which was Dr. Suars work, the rest were projects in the early stages of research. But something unpredictable happened when they mixed together. Joseph's body was bombarded with new forms of DNA and robotic technology that began reconstructing everything about Joseph on a molecular level. His body began to grow younger, stronger and even his spine was repaired and improved, but the most amazing thing was four robotic arms protruded from his back.

The arms were strong, immensely strong and at the time Joseph had no idea how to control them. It even seemed as if they had a mind of their own at that time. As a result they flung around the room sporadically knocking over shelves and smashing holes in the wall, there was nothing these arms could not destroy. In retaliation the criminals and Willey opened fire but it was a waste of time as the arms moved quickly to blocked every shot. But one rouge bullet, that was deflected, had a new trajectory towards a stock pile of hazardous chemical that upon contact created an explosion envelopment the entire room.

Joseph awoke the next day in an abandoned park. Apparently the explosion from the lab had thrown him miles away but oddly enough his new body was in perfect condition. No scars or scratches not even one hair out of place. However his four arms were gone. He did feel an odd sensation behind his back, one that felt almost a part of him. Joseph remained calm and thought about his extra limbs as a part of him, a part he could control. As a result the arms appeared and obeyed his every command.

But now he needed to know what happened at the lab. He recoiled his arms back inside and started off on his way. As he approached a residential area he noticed a discarded news paper lying on the ground, the entire front page was about the robbery attempt and nothing else. However the story read how Joseph was traitor to the company who masterminded a brilliant robbery that was thwarted by the heroic act of Officer Strought, who gave his life in the line of duty.

Joseph was beside himself. He had no idea what to do next but he knew some one who would, Dr. Suars. Joseph was sure that if anyone could help him it would be Carl, plus he trusted there friendship. As reached the lab the first thing he noticed was the extensive damage and a large crew of custodial workers going in and out. With Josephs new body he knew no one would recognize him, but he needed a way in, so he picked up a broom, kept his head down, and walked trough the door like any other janitor.

Once inside he headed straight to Dr. Suars office and told him everything. Carl first instinct was to call security but as one of Joseph's special arms appeared and grabbed the phone, his scientific mind was open to other possibilities. Despite his extensive knowledge Carl could not come up with any reasonable explanation for the transformation Joseph went through., but he swore one day he would find out. For the next few months Carl and Joseph sent all there free time in research learning what exactly Joseph's new body was capable of. There goal was to find a cure but Carl was not sure that was the right idea. Scientist of The Future Fulfillment Foundation are trained to see things for the betterment of mankind and Joseph's new abilities could aide in that. That was when Carl made the suggestion that with his technology and Joseph' new attributes they should work together for the greater good. Now dawned with the name "The Gripper" Joseph stalks the night a new hero in the name of doing what's right!