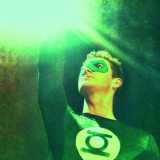 I haven't been on the Vine in a good while, but never stopped reading. I was reading Infinite Crisis, and a thought occurred to me, what if there was a justice league where the members only had animal powers? Like Animal Man, Vixen, Congorilla, Black Hawk, etc... I know that the issues wouldn't be the best in terms of comic action (but with the right writers it could), but it would be a great eco friendly series for the eco-nuts. Any thoughts?

Okay, so I know who would win this fight, but my friend Kendall doesn't believe that Qui Gon would beat Windu, but I don't have enough evidence to explain, so I need the Vine's help.

Both are at there peak levels.
Showings in the Clone Wars TV series (2D verison) don't count.

Other than reading Comics, of course.


My friends drew this yesterday and I almost fainted. This portrait looks exactly like me and it's incredible! Tell me what you think!
3 Comments

I give in! Ask me anything! You may not like the answer...

How do you feel about me?