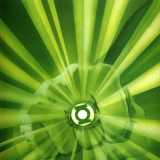 I don’t know why I am giving this the time of day here, but here goes... These bullet points basically follow your essay in order, so I hope you can find the parts I am referring to. I don’t mean this to be a personal attack on you, but my enjoyment of the series may make me come over as somewhat passionate:

This attack on a really entertaining series is unfair. You could do what you did to nearly any comic series ever. But what I really take away from this is that, despite your explicit hate for the series, you read the whole thing. Hope my comments clear up some of your problems and may hint at why some people do like this series so much. Sorry for being a raging fanboy.

Are those not the moments in the issue 1's when where Pandora was in the background?

I hated the movie, And that's without the Twist.

I found batman & robin more enjoyable, At least I can laugh at that

I hate the internet sometimes

This was obviously intended since Batman and Son. The character has come full circle. This could be a very fitting ending.

Oh!! This makes much more sense. To be fair - I assumed throughout most of the story that the bad guy would be connected to a Clay Face and ignored what they really stood for. Thanks to both of you!

I'm still not sure I enjoyed the story. But tonally i think it pushed the boundaries little.

I have just finished reading City of Crime (which, may I add, took a long painful time) and I am completely confused about what happened in that story.

Has anyone read it, who can explain it to me?

I have read a lot of Batman stories and have never been this baffled.

This is what I have deduced that far:

The story opens with Bruce Wayne meeting a young girl at a party who is living life on the edge. He berates her for her reckless lifestyle. The next day she turns up dead, dying of a drug overdose. Bruce feels guilty about this.

Later on, a woman accidently sets fire to her flat. While Batman and Robin are rescuing victims of the fire, Batman stumbles upon a room containing six dead girls, all pregnant. Batman believes them to be part of a pregnancy ring.

Not long after, the mother of a young girl named Cassie Wells, reports her missing. Batman believes her to be involved in the pregnancy ring too. Still feeling guilty about the death of the girl from the party, Batman vows to find her and bring her home.

It turns out that the pregnancy ring is run, in part, by the penguin. With Batman on his tail, the Penguin's employer sends a man to kill the Penguin, causing what appeared to be a henchman blowing up the Ice Berg Lounge with Penguin inside. It is revealed later that the Penguin survived and that the henchman who attempted the assassination was made of dirt.

People made of dirt begin springing up all over Gotham, in the disguise of various people (shapeshifers if you will). One such doppelganger is the partner of a corrupt police detective who is also investigating the pregnancy ring and the missing Cassie Wells. This all comes to a head when the partner tries to fake the suicide of the Wells' and the corrupt detective - luckily the doppelganger does not succeed - but the police detective is driven insane and can trust no one, resulting in him being taken to Mercy General Hospital.

It is also revealed that The Ventriloquist was the Penguins partner in this whole affair, and the dirt people come after him too. They manage to injure Arnold Wesker, but he is saved at the last minute by Batman and Robin. Wesker is left in a coma and is sent to Mercy General too.

Penguin meets Batman and tells him to investigate a small community within Gotham to get to the bottom of the problem. Batman goes there and infiltrates the community under the guise of a beggar. Through observation he notices that the head of the construction team - who are building Gotham's new waterworks, which is funded by the Mayor who is up for re-election - is certainly the "leader". Bruce Wayne infiltrates the builders and befriends this man.

One night Bruce follows the man. The man meets another person - who is not named but referred to as the "smiling man" on account of his big grin (no - he is not The Joker). The smiling man goes into the forest which is at the center of the community. Bruce follows, but is suddenly crippled by fear (remembering his past mistakes) and blacks out. Luckily, the head of the construction team finds him, and takes him back home - nursing him back to health.

Meanwhile - a crazed man from the community wanders the forest and comes upon the smiling man, who offers the crazed man some cheese.

Later on the crazed man runs through the community in a state of frenzy. It appears he is giving off some kind fear toxin (no - the villain is not scarecrow either...), which sends the whole town into a rage. They fight among themselves, and begin killing each other. However, the head of the construction workers gets a hold of himself and kills the crazed guy. Suddenly, everyone snaps out of it.

The body of the crazed man is taken to Mercy General, where he is ressusitated and brought back to health. Casing the same effect in the hospital - and it begins spreading all over Gotham. Also - at Gotham General - dirt henchmen begin infiltrating the building to kill Wesker and the corrupt detective, who both know too much. Luckily Robin is also at Mercy - and he calls for backup (aka James Gordon). The trio, and some extra policemen, begin to take Weskers still comatose body out of the hospital via the roof - so the Batplane can pick them up. However the group become hit by the fear toxin and start fighting among themselves.

There is a side plot where the dirt people have replaced the aid to the mayors wife with one of their own. Placing him under their control. They convince him to convince the mayor that he is under attack by Two Face - (I don't really understand this bit!) and get him to get the commissioner Atkins to turn the Bat-signal on (again, don't really get why).

Batman recovers and attempts the forest again, this time he ignores the hallucinations. In the center of the forest he finds the dirt peoples base, which leads him underground into the catacombs. In the catacombs Batman finds a derelict cathedral, which houses a pool of mud - which transforms people into mud men. Batman witnesses a man with no face leading a cult meeting - made up of dirt people. They are about to initiate the head of the construction workers into their fold (who is more than eager to become stronger through their power) but Batman knocks him out before he can reach the pool.

The fighting at Mercy is halted when the corrupt detective, in a delusional state, kills the crazed man - and then himself.

The man with no face puts on a mask to reveal that he is the smiling man. Who Batman apprehends, but not before the smiling man detaches his own head. Batman then sets about putting a plan in motion.

Later on Batman goes to respond to the bat-signal - where he is intercepted by hundreds of dirt henchmen. He leads them on a merry chase back to the waterworks - where he promptly detonates charges he had set on the building. This causing the dirt men to be blown up, and the catacombs beneath Gotham to flood - which submerges the cathedral and the mud fountain.

At the end Batman visits the mother of Cassie Wells and reveals that has figured out she had nothing to do with the pregnancy ring - and that her mother herself had in fact murdered her and lied about her involvement in the pregnancy ring to take the heat off herself.

Any help will be really appriciated

Although, also getting a Jazz Jackrabbit vibe