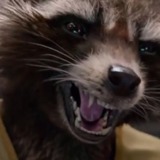 Fallout is one of my favorite game series. I got pulled into it with Fallout 3, went back and played the older games, and absolutely LOVED Fallout: New Vegas. So when Fallout 4 was announced some time ago I was very, very hyped.

The graphics are awesome. The cast of characters is awesome. So those are out of the way.

The shooting mechanics from Fallout 3 and Fallout: New Vegas have been GREATLY improved, and feels much more like an actually first person shooter game. The new weapon and armor modding system is a great addition, as it lets you customize and develop your gear to suit your personal tastes and style of combat.

The new SPECIAL and talent system replaces the old skills system, which is a nice fix. Honestly the old system let you develop completely broken characters by maxing out every skill, regardless of SPECIAL level in the associated skills, and made the games way to easy towards the mid-to-late game.

The dialogue is...lacking. The speaking player character is a neat addition, but the dialogue choices are more limited that previous Fallout games and feel generic.

Likewise the endgame slides are lacking as well, where it really just tells you what happens based on the faction you side with. Compare that to Fallout: New Vegas, where every companion you meet, many side quests, and even people you talk to can have slides in the end that gives you a much more fully developed experience and a feeling of impact from your actions. Here...not so much.

Overall Fallout 4 gets a B+. A great game with many improvements on weaknesses prevalent in the previous Fallout games, but it lacks on some of the story and consequence elements that made Fallout: New Vegas so great.

Have you tried Hardcore mode since the reboot?

Also Far Harbor is out on the 19th.