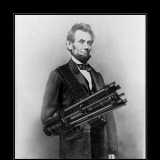 @crimsoncake: yea I guess you have me there. I wasn't thinking about that to much. his main power is undying. I still think he would be good in that universe but you are right on that one.

I think its sad that no one answered this. I know First wave is cancelled but for fun I'm going to throw my 2 cents in. I tried doing a little research for this to have a reasonable answer.

I. some already existing characters. I looked up a few DC oldies and non DC characters they could acquire. I tried to stick with a 1940s-50s pulp noir genre/ ideal. 1 have to say Rocketeer. He was made in the 80's but was an homage to the 30s-40s. I think he would fit in perfect with Doc, Batman ,and Spirit.

2 I know the Blackhawks made an appearance in the First wave universe but i think they could have held there own title . showing them in that eras styles and tech would have worked.

3 Solomon Grundy I think would have made a good villain to appear. I can easily see him fighting with Bats,Doc and Spirit.Even Rocketeer as i mentioned above.

4 Sandman. Sandman is a pulp character in general so he would fit in.

5 The shield. He's a captain America type character. DC has already done a few interpretations of him. Newer looking pics of him look great So I could see him being like the lighter side of the 40's. He would represent The American ideal of the time Maybe be kinda blind to the dark and grunge that some of the other characters have to face.

6 Lady Phantom. I personally don't like her powers and have read a few story's of her and didn't like them. But dam is she FINE. She originated in that time and she is good looking. So I think if they tweaked her powers and personality a bit she could work. Would ad a woman to the universe.

7 Black Terror. He's a name i think a lot of people recognize even if they don't actually know much or anything about him. Hes been redone so much DC wouldn't necesarly stay true to the character. I think would they should do is keep his original appearance style minus the cape and get rid of the "gas powers" make him a vigilante punisher style character. he would be able to have conflicts with the villains and heroes that way.

8 captain Battle. Found him doing the research hes basically just like the Rocketeer uses a jet pack to around and whoop some ass. Except Cap Battle was created in the 40s and Rocketeer was created in the 80s. From what I read Rocketeer is a almost the same thing and possibly a rip off. so what I'm thinking for this character is instead of being a hero he could be a torn individual. Like say he was a famous hero Early in time in the First Wave universe. But then Rocketeer came a long (In Caps mind a clear rip off of him) and stole the spotlight. Cap thinks he stole everything that should belong to him. So he hates Rocketeer hes jealous dark has a twisted soul now. He could be that kind of character.

II. I think to ad some detail to the universe a few guest appearances from celebritys of the day. like John Wayne, Humphrey Bogart, Vincent price.

III. I also think the first wave universe gave DC a chance to create new original characters based on the 30s 40s 50s that would never fit in the original continuity. Like the rocketeer for example.

IV. This idea could possibly push it to far but idk maybe not. Possibly revision some modern heroes in a 40's style.

PS that sex scene pic Thor looks ugly with bangs wtf? he looks like hes from Holland and wants chocolate !!!

1 I personally dont like ratings I think people rely on them to much. But besides that why cant they vary the ratings? like wolverine You can get like a marvel magazine that's like g -pg and hes all gun ho I'm part of the team  look I'm  deflecting bullets. so he appeals to the younger  but then you can go get a wolverine graphic novel and hes chopping off peoples heads. that's the way it should be  I think . They should be able to do that with Thor

2 If there gonna have ratings i think there should be a new one between t and m.  because i kind of agree.  i think that picture of her unclipping her  bra should be teen. idk what the exact ratings are but to me pg is like disney movies. then the "sex" scene i do and don't agree the scene its self no biggy even for 13 year olds. The conversation though i wouldn't want my 13 year old brother reading about comic characters sexual problems. where as i think 15 16 year olds wouldn't bat a lash at that stuff. like I said a new rating  like mm for mildly mature =P lol it could be like 15 -16 + .

3 i just have to agree with nova prime that would be  so awesome !!!  hes a viking dammit he shouldn't be so g !