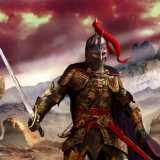 With the whole German gimmick behind Gottheit, and my third highest edit being Adolf Hitler, does it look like I'm racist as hell?

I've been thinking about She-Hulk recently. Do you realize the extreme levels of concentrated gamma radiation in that woman? I would not want myself anywhere inside, or near that chick! Her climax would wilt flowers in a 1 mile radius. I do not need that near my junk.

This thread says go on vacation with, but judging by people's posts, it's looking more like what superhero would you...enjoy...company, with. In that case? Harley Quinn. The crazies are the hotties.

But, actually vacation with? Sabretooth.

Just saw it a few minutes ago. Aside from Abomination's really, really bad lines(which sucks that they didn't give him better material to work with, he's a fantastic actor.), I dug it a lot. The Captain America foreshadowing gave me a chubby in the ingth degree. That rocks so hard...What is also awesome is they're finally doing what I've always wanted to see: Other heroes in hero movies....Rocketh! Can't wait for Thor!

Yeah, this is not working out.

I hate it. The old one felt friendly, and welcoming. This one is just cold and clinical(I understand how chicks must feel at the gyno-guy.), and personally I hate the whole, "staring into a lightbulb" shpeal. Seriously, I'd like my Vine back, please.

I just took a Marvel superhero personality test on Garison's website, and it told me I am the Punisher. But I hate the punisher!

Can anybody see that?