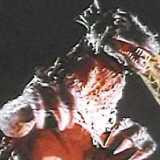 I just discovered this thread and who knows if anybody above still cares, but I had to add this comment.  I'm surprised nobody else pointed this out.

Most of the "rip-offs" listed by Box Turtle are not rip-offs.  They were either dissimilar characters whose writers/artists developed comparable approaches, or, with most of Box Turtles examples, they were homages.
When Avengers writer Roy Thomas came up the Squadron Supreme (formerly Squadron Sinister) he did so because, as a fanboy at heart, he wanted to see the Avengers go up against the JLA.  But being friendly competitors in a time where inter-company cross-overs were a comics-lover's pipe dream, Roy did the next best thing: a came up with a team of characters deliberately modeled after the JLA.  It was not an attempt by Marvel to present new heroes and sell them as original creations to a gullible readership.  The fans knew what Roy Thomas was doing and loved it.  DC knew what Roy was doing and appreciated the tribute.
It was a similar situation with the Imperial Guard.  Dave Cockrum was a longtime artist on LSH.  Then he left DC to work for Marvel, but kept his love of the LSH.  In the late 70s, the LSH series, and Cockrum and Chris Claremont's X-MEN became two of the biggest fan-favorites of the time.  Many fans would have loved to have seen a cross-over between the two teams.  So did Dave Cockrum, so he designed a group obviously based on the LSH.  Again, it was a hit with the fans who thought this was as close as Marvel and DC would ever get to a true cross-over.  And, again, DC was cool with it.
Neither the Squadron Supreme nor the Imperial Guard were "rip-offs".  Marvel's creative teams weren't thinking, "hey, if we took DC's heroes and changed their names and costumes a little, we could trick the readers into thinking they're our own creations and buying more of our comics!"  They were giving fans cross-overs that were otherwise impossible.  Also note that neither team got their own title until many years after their respective introductions.
As for Daredevil, anybody who's ever read a comic published more than five years ago should know it's asinine to call him a Batman rip-off.  Take a look at any issue of DAREDEVIL from #1 to #160 or so.  The approaches to crime-fighting, the powers, the civilian alter egos, the origins: all dissimilar.  In the late 70s, Frank Miller, influenced by his love of hard-boiled crime fiction and Japanese manga, took DAREDEVIL into the direction for which the catchphrase "grim-and-gritty" was coined.  It was DAREDEVIL's success that led DC to return Batman to a "grim-and-gritty" style (as well as dozens of other comics in a "g & g" plague).
Moon Knight likewise was not introduced as a Batman clone.  When the popularity of Marvel's 70s monster comics was on the wane, they tried a few things to boost sales.  One approach was to turn WEREWOLF BY NIGHT from a supernatural series to one with more super-heroic elements.  So the villain/hero Moon Knight, a mercenary, not a crime-fighter, was presented as an occasional foe of the Werewolf.  Instead, however, MK struck a chord with the readers and was eventually awarded his own series.  Now, at this point, it can be argued that the MOON KNIGHT series somewhat ripped off BATMAN, as a similar background was added to the character.  But he did not start out that way.
I don't know enough about the Sentry to comment on him.

So, for the most part, these characters are not rip-offs.  Of course, nor are the similarities coincidences.  The Squadron Supreme and the Imperial Guard were tributes.  The creative teams behind Daredevil and Batman independently developed similar approaches.  Fans who know some of the history should know this.  And if anyone still considers them "rip-offs", they should also consider Superman a rip-off of Philip Wylie's pulp novel "Gladiator", Batman a rip-off of Zorro, Wonder Woman a female rip-off of Superman, and all super-heroes as rip-offs of the myths and legends developed by mankind throughout history.

I've always liked Devil-Slayer (especially because of the Blue Öyster Cult connection), but I never picked up this mini.  So is the Devil-Slayer in this DEAD OF NIGHT series the same as the one in the mainstream Marvel Universe, or an alternate one?

I have a guess to Rulk's identity that I haven't seen mentioned yet.  It's been shown he's someone who has had access to the files of SHIELD and Reed Richards, so I'm thinking it's someone with a high-ranking government position.  And I think Red Hulk's ruthlessness toward his opponents stems from his alter ego's dislike of super-beings taken to its logical extreme.  So there's one character I can think of who fits this profile; he's been a thorn in the side of several super-teams since about 1979 and had appeared in several issues of INCREDIBLE HULK in the late '90s, at least one of which showed a connection to General Ross.  This guy.

Huh.  Apparently I'm in the minority here, but I'm disappointed by this reboot nonsense.  There's no reason for it if the studios attach talented filmmakers (people such as Raimi, Favreau, J. J. Abrams) who understand the comics and the characters, and just forge ahead.  We already know how Spidey began; what a waste of time and money it would be to revisit that in a "Spider-Man Begins"-type flick.  Also, I guarantee such a movie will NOT be any more faithful to the comics than 1, 2 & 3 were.

For my money, until "Iron Man", the first two Spidey movies were the best Marvel films by far.  Sure, nobody in them threatened to win an acting Oscar, but I thought they were all competent.  And that's my view as a Spider-fan who started reading "Amazing Spider-Man" with #124 in '73.