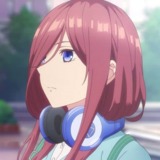 It's been awhile since I did a blog. About a year ago, I did a Top 5 favorite Cyclops costumes in honor of my favorite character. Since I did that and had some odd fun doing it, I've been wanting to do one for my other favorite in Wolverine but never got around to it. Welp, I find myself with a day off and some time to kill and decided why not? So lets slice on into it. Small disclaimer, this is strictly 616 Wolverine. I do actually enjoy some of his other costumes in different media such as both outfits from X-Men Evolution, the orange and black and the eventual dark blue short t-shirt like costume, or Ultimate Wolverine's outfit, which is just awesome. I'd throw in Days of Future Past and Old Man Logan in there as great outfits as well.

Never has a secret identity been as convincing as Clark Kent and his glasses until Patch happened. Going to a dive bar, dressing up Casablanca style and throwing on an eyepatch while the rest of your distinguishing features sat out was a brilliant idea, almost as great as the fishnet mask. Created by Chris Claremont and John Buscema for Wolverine's first ongoing ever. I'm completely joking with this as a top 5, but I feel an honorable mention needed to be made since the actual story itself was a big deal for the character and quite a fun read. 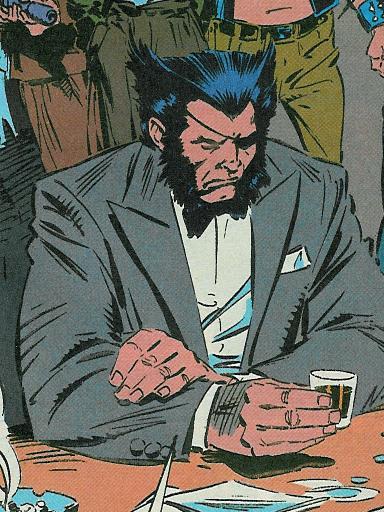 I might be a bit of a hypocrite for this one since my disdain for Paul Cornell's take on Wolverine is quite known and still haunts me to this day as arguably the worst long term run on Wolverine ever. I could pull up some one shots or minis that were worse, but Cornell did one hell of a job at dismantling everything that made Wolverine, well, Wolverine. But...I will give credit where it is due, I really liked the Ablation Armor. Created by Kris Anka in 2014, this armor was for Wolverine when he was powerless. It is a suit of armor that could protect him from a nuclear reactor while he also carried a gun and with built in claws so he didn't have to cut himself. The design itself is rather simple, as it breaks away from the general blue and yellow costume Logan is known for. The costume itself tends to rotate between an orange or gold color with black X on it depending on the artist, but Stegman really took the outfit to a new level.

A very brief and I feel slightly underrated costume, the Secret War costume designed by Gabriele Dell 'Otto in Brian Michael Bendis' Secret War. To me, this costume is very similar in why I like Cyclops' Eve of Destruction costume in that it seems to fly by so quick, yet this one is even more under the radar. This outfit was meant to be more stealthy and sleek, with the darker shade of blue, almost a navy color, with the streaks of yellow being splashed in. It is very similar to the Ultimate Wolverine outfit, one I'm a very big fan of. This one in particular I got my first introduction to it back years and years ago when I was in high school and this was an alternate costume for Wolverine in Marvel Ultimate Alliance 2.

A long time fan favorite costume for Wolverine is the tan and brown costume, originally created by John Byrne in X-Men 139, 40 years ago. I felt this costume works for Wolverine a little bit better than the yellow and blue, being of a slightly darker yet more...wild and animal like in color scheme. It's made some pop-ups in stories over the years, but recently made more of a comeback, being brought to light again during Rosenberg's Uncanny X-Men run, with art done by Salvador Larroca, who made the outfit look beautiful. It is also currently being used by Wolverine in Hickman and Percy's X-Men books. I'm glad to see it has made a comeback and is so far here to stay.

For a 5'3 or slightly taller, depending on who is drawing, assassin/soldier/ninja/samurai/animal unkillable, unbreakable, death machine, I think the X-Force outfit is the perfect representation of Wolverine. I give Wolverine props for being stealthy and killy(?) in the colors of the Swedeish flag, but this one does the trick. This costume debuted in X-Force Volume 3 issue 1, written by Chris Yost, Craig Kyle, and drawn by Clayton Crain, holy alliteration, Batman. The silver/grey and black are so simple in terms of color scheme, but in execution standout enough to make it bold. The red eyes also add another unique level to it. If it were up to me, this would be Wolverine's quintessential costume. I think as far as how he is a character, as a fighter, and what he is capable of, this captures him and suits him best as far as superhero outfits go. But I will say I'm also kind of glad it is a special occasion or "X-Force" only costume so the novelty of it doesn't wear off.

Wolverine himself is a loner at heart. His best stories, IMO, have been told when he's off on his doing his own thing, maybe killing some ninjas, sipping some whiskey, riding his motorcycle, that sort of thing. I think he is also great on a team because of his conflicting nature with a lot of his teammates and his own self. But, the bright blue and yellow to me is a nostalgic costume, but also very heavily influenced by who is actually drawing it. If I had to pick, Cassaday from Astonishing nailed a great modern take and so does someone like Dell'Otto, Deodato, Immonen, Bianchi, but they themselves are good artists. But there is something with Logan being in a tank top, some jeans, leather jacket and maybe a cowboy hat and dog tags that feel right. It's simple and it works.

Welp, there you have it. My top 5 Wolverine costumes. Depending on how this one goes, I might make a part 2 but featuring other costumes from alternate universes or picking up some from 616. Like I said, I do not hate the blue and yellow, I think it's very dependent, so if I do it, it would be like a specific incarnation or volume. We'll see.