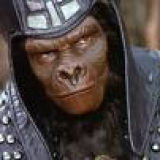 Interesting to see the general tone change a little bit more in Who- with the Dalton Time Lord and possibly eg the Meddling Monk etc. coming back it seems the original minimalist plus camp as a row of tents approach is giving way to maybe seeing the floodgates open and the "Ultimate Spiderman" version of all the original show's stuff coming back in in droves. Which could be good or bad.

As long as the gay / PC agenda gets toned a bit I will give it the final 1% to make it 100% awesome. But as a BBC product scant hope of that.

If you don't like it don't read it... So many people have taken that advice that there is no such thing as a hit comicbook by conventional standards.

Gone are the days when a character and his or her comicbook can be summarised in 25 words or less.

Something niggled away at me about this whole Secret Invasion nonsense and I finally clicked to what it was.

Secret Invasion = Dominion War. I suggested elsewhere that the Dire Wraith Invasion was the internal "inspiration" for Secret Invasion but I think the exact parallels in the Dominion War will certainly provide spoilers for who will be a Skrull in the Marvel Universe- there have been exact plot overlaps so far, including the alien (ie nonhuman or let's say inhuman) emperor / chancellor (Black Bolt) and the slightly renegade supporting hero (Daredevil) - in the case of Star Trek that was the Klingon Chancellor and Riker's clone. Anyway, if you want spoilers, go no further than Deep Space 9.

Ah, plagiarism. It's what makes Marvel the House of ... Ideas... (no one said WHOSE ideas of course).

His powers were reinvented the first time in the Grant Morrison run of Animal Man. In the process it established what is now the standard MO at DC and to a lesser extent at Marvel, especially for the UK imports- allow them to take over a lesser character or an ailing main character (Aquaman is ripe for the treatment; Swamp Thing got it courtesy of Alan Moore, Animal Man had Morrison, a similar thing happened to Starman of course).

The reinvention was a rethinking of the implications of his original powers, which were typical fluffy Silver Age fare, and not particularly entertaining to a lot of people. The Red is the morphogenetic encoding of the universe, the blueprint for the energy matrix to wrap around matter and confer specific powers and abilities on each living animal. This makes Animal Man a cosmic level superbeing when written correctly, almost like Doctor Strange being a Sorceror/-er Supreme in the sense that like Strange, Animal Man could "invoke" any conceivable power albeit as long as a living creature possessed it.

Add to this Morrison's scientific ignorance and typically ill-conceived left wing politics and you have the adolescent power fantasy and preachfest that was Animal Man.

From there it was a short leap to mainstream fame and glory during the camp as a row of tents "now legendary" (to whom?) JLI JLE period.

Killing him and having him be reborn in 52 is just a quick and dirty piece of story surgery to reset the Morrison subversive literary elements into something more recognisably heroic and digestible for the Pornface Era of comics in which we find ourselves.

The original Secret Wars (the REAL one) was the coolest thing. It genuinely changed the face of the Marvel Universe and shook all the heroes up, kept them fresh, did good things. Ever since, Marvel seems to have flirted with total suicide when it tries to redo the same stuff. The magic's gone.

Doctor Strange. He isn't anybody's herald aka bitch and his sorcery is powerful enough to battle gods... Surfer is all that, but he ain't no god.

Punisher is the equivalent of an end of level boss for Blade, who after all tangled with the likes of DRACULA...

Depends on what he does with the split limbs- in most cases, nothing he couldn't have done without splitting. Although it supposedly helped him heal so maybe boost healing in the battles or something.

More and more people might be buying comics per se but Marvel's entire print run of all issues is a fraction of what two of its top sellers of the Silver Age sold, and that was before the hypno-slave fanboy era...

If we include all the weird and wonderful issues each month from all publishers NOW, then we should include them for the Silver Age too, when there were far fewer of them... Based on that type of analysis Silver Age Marvel still utterly sweeps the field, whereas the figures always need to be fudged to declare modern comics sales a success. I think the world's moved on.