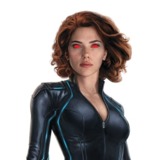 Gale Xanders on Politiks and Debt

Standing before a crowd of media at her LA Dragons football stadium Gale Xanders ran her finger tips over the podium quietly. The Jurassic World and LA Dragon logos were missing from the podium, replaced with blank space. "I'm glad to see everyone came today." She said to the media. "It's always good to talk to you. I wanted to comment on some of the recent events and also discuss my role in the student debt crisis. When the 'attack' first occurred I used some back channel connections I had to contact Last Guardian about the situation. Like many of you, I wanted to know what he was thinking. I was prepared to move to buy some of the largest universities in the country when they would collapse from a sudden lack of funds, but I wanted to take it a step further, I wanted to know from his own mouth why he had done it and if he understood the economic repercussions."

She smirked a little and paused to take a sip of water from a glass on the podium. "He calmly explained his plan to me, that he had not wanted to threaten the economic stability of the country or the public university system and had hoped to clean up some of what was already beginning to occur. I offered to help with a financial solution, but he said he already had one in mind and his allies in Atlantis would be contacting the United States Government. He then asked if I might still donate the money to a system that would help cash strapped college students in the University system and prevent them from wracking up massive debt. The easiest way to do this is through an organization that could offer large Grants. So I created the Organization for America's Future and dumped five hundred million dollars of my personal finances into it, matched by another five hundred million from Jurassic World. I am currently in the process of gathering additional donors but many private individuals have begun to add their donations to our already significant coffers. So out of a crisis, we now have a wonderful organization. I have spun this organization off, created it as a non-profit entity and allowed it to run itself with limited over sight."

She let everything sink in and took another drink while she waited. After a brief pause she put the glass down and continued. "Let's take a few steps back to the last election. You remember of course the number of candidates running was an all time high. Many of the individuals brought their own qualifications. Some of them would have been terrible choices, an absolute disaster, totally unqualified...but it was their right to run and your right to vote for them. So let's think then about what happened in that election. We have..." She began counting off on her fingers. "A candidate who is exposed as having created a genetic monster and is summarily thrown in jail...anyone seen his trial? I haven't. You have another candidate who was exposed as a questionable individual who tried to make a deal with then Director of the CIA Donn to control the election. He went rogue. Then you had that crazy guy that called everyone an idiot, he was pushed out, essentially. Then there was Alexander Rook. This one's good....he was given the option to join another candidate's campaign as Vice President and accepted it, turning a multiple candidate election into a single candidate election. That, my friends, is not an election, it's a rigged system. The Director of the CIA ends up the last male standing and everyone else either disappeared or was pushed out in one form or another. The only one to benefit? The guy who gets elected. This is where Dox and I agree. There is something wrong with that entire election and now..."

Gale paused and shook her head. "Now we have a President who's run roughshod over the Constitution. You have the CIA acting on US soil, a clear violation of its mandate and US law. You have one of the former candidates for President rotting in jail with not even a whiff of due process. I should know, because I'm paying a team of the best lawyers in the country to try and get him out and you know what? They can't make any progress because more red tape has been thrown in their face than anyone else in the history of the country. Dox is right. This smells."

Gale looked out at the gathered media for a moment and then continued. "Now let's analyze Atlantis. So we're told by the Government that Atlantis has offered all this money to help solve the crisis right? It's a leak, of course, unsanctioned but it's out there. The government then manages to restore the lost data and then we're told Atlantis didn't help out after all...oh and now they're the bad guys, right of course." She put both hands on the podium and leaned forward slightly. "Can you tell me when a single individual from Atlantis, or for that matter it's government, did anything to deserve being declared an enemy and cut off from international trade? I can't. Nothing clear, nothing obvious, no smoking gun, just a bunch of insinuation. This government is a disaster, it's corrupt beyond measure. I have one other anecdote to offer you. Jurassic World has been working on a project to restore part of Hawaii's ecosystem and met with great success. When we first bought the land from the government we were met with threats, specifically, I was threatened. I was told if I did anything wrong at all everything I care about would be taken from me."

She shook her head.

"That's interesting isn't it? Seeing as how I was a major supporter of one of his biggest foes in the election and continue to attempt to legally free him from the jail he has been locked away in for months without a trial by his peers. After the great success we met with, I sent a letter to the President requesting the ability to fix the rest of the island chain so we could once again say the United States consists of fifty states. I was met with silence. I have now published that letter online. Since the corrupt refuse to act, I have done so. I took Jurassic World out of the equation and applied the same principles we developed myself to the island chain. Hawaii's natural life is now returning. I'm tired of watching the islands sit empty, just like I got tired of seeing the Statue of Liberty remain a hole in the ground. Tomorrow, I will be traveling to Atlantis to speak with their officials, get their side of the story and engage in a business arrangement. I am not a citizen of the United States so I am not subject to the travel ban."

She paused and smirked. "One thing Dox was wrong about, Last Guardian is not a pawn of the United States Government, he has nothing but virtue in his heart, I have seen it for myself. That is all."