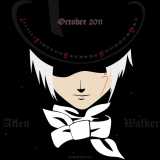 @princearagorn1: Thanks for the alert to this thread bud :)

Any speed advantage is nullified by wards here. 1 week prep makes it heavily in favor of the Riders here. Stompish level. With prep they can simply put up wards to counter any trick the Jedi may have up their sleeve. Lay delayed traps, Devise spells to work around their defenses, Store an unholy amount of energy... Can't see the Jedi winning here.

@sirfizzwhizz: As soon as we establish Funsiized's characters. From there this shin dig will thus be declared din shigged.

yeah, yeah. Alright. To clarify, Celaena doesn't have powers outside of her pyrokenisis really but it's cool.

N52 Deathstroke(reissue) and Buffy should be good yeah.

While I would like to use Celaena Sardothien, Her pyrokenisis is kinda mid tier...Can we just limit/remove it? hHer physicals are not anything special or are novel characters just a no go? As for my second character: N52 Deathstroke should suffice. Either his first incarnation or his "renumbering" is fine with me if you guys want to draw a distinction.

@fetts: You guys still have an open slot? I think I may be up for it.

This thread is a trap.

@joewell: No. Not breaking the rules at all. Promise.

@frisky4: It's not like his team or plans break any of the rules ( I don't think ). Why would you call it broken?

Because individually no one on my team breaks the limits, but together? HA.

@frisky4: Hey it was fun while it lasted!

Well, I thought long and hard on my comp so it better be broken!

@joewell I think we are done here.

How long does it take him to do it? He has 30 minutes to spread those around an entire castle, and he has to work around his partners as well.

He is capable of covering an Entire Aircraft carrier in an instant without even moving. I think he can handle this.

Also, he is used to fighting with his Entire Air gear team. So if he can use his Wires around 20-30 little kids, i'm pretty sure He can maneuver it around 2 people.

What happens if your team, rolling around at supersonic speeds trip up and land themselves in those wires? If they don't have enhanced perception like Grant, I don't see them dodging those things either.

I will touch on your enhanced vision thing in a second.

Well, for one, my team isn't even going after your team, Why would they do that when they are confident in Nue to Lure your team out? Also, as i mentioned, all of my members are gravity children, This includes enhanced spatial awareness. This is used when Riding their ATs to plan the Perfect "Route" to take instantly. For example, Here is how Kilik(Another gravity child) sees the world.

So, Making the assumption that My team is even going after your team(Which in itself is WRONG), they can easily avoid his wires. Not that they even have to as Nue is used to using them with teammates.

Bullets are already above the speed of sound, and each of my team is a bullet timer. Not just aim timing, no, they can dodge entire hails of gun fire. Hell, Grant has dodged Cyborg's lasers and reacted to Kid Flash (AKA Wally freakin' West, but still as a kid). Each member of my team has supersonic reaction speed, and I've seen no hint of your team having decent reaction speed. My team can dodge what you''re putting out, and give back.

Sigh, few things. Of course your team can dodge gunfire, that is not the issue here. The issue is that they are supposedly Dodging supersonic projectiles they are surrounded by Razor wire, and being assaulted by Oms bubblegum Crisis. Go ahead, try and show me them doing that. IMO dodging lazers is an over rated feat that doesn't amount to much, but that's just me. As for my team, again. Here is Ikki dodging Around Ringos Projectiles like they are slow motion

Using him as a baseline-Here is Ringo completely overpowering him.

and Nue literally making him a joke.(While also showing the ability to Make cool constructs out of his wire)

As for Om, I'm to lazy to go grab Kazu scans, So trust me when i say hes around Mach 1 in the scans I am about to show you-Taking that in mind, When he sees Benika and Om Fighting, he literally deems it "Pointless" to try and interfere, seeing them as on a completely different level.

AND SHES NOT EVEN A SPEED TYPE RIDER.

Overall, your team may be able to dodge what my team can dish-out...if my team was throwing themselves at you one by one in battles of honor, But they are more like putting your team through a gauntlet of their abilities. Can your team dodge supersonic projectiles? Sure. Can they Work around the wires? Maybe. Can they dodge the bubbles? yep. BUT-Can they do all of that at once while simultaneously attacking my team? Doubt. And that's with my team not even really moving and fighting you in direct combat.

Try that supersonic kick when you have two hundred razor bats in your leg, or when you've been lit on fire, or when the bridge you're standing on has been broken by an Iron Fist and bullets faster than you could know are being fired at you, and guess what? They can light you on fire too!

I showed my teams reaction and combat speeds above, but i don't need to do it again for this. Even though it sounds awful annoying, all those metal weapons...wait...Metal. I feel like I am forgetting something. Something about electricity and conduits and metal...oh yeah. Magnetism-

There go your guns.

so is Deathstroke, and Slade can likely do that too, unless these boulders are really big and completely rock, and then you're over the ten ton limit, but the point is: Grant is stronger than Deathstroke and has overpowered him when Slade was in Nth Metal.

Gonna need that strength to carry them heavy guns. But no, I would edge it to Ringos strength simply because it's her thorns doing the work, Making it leagues more flexible than Grant or anybodies hands.

Plus that's just lifting capacity, whereas I have a guy that is capable of side stepping one of your attacks and then punching through you, as that's been shown what an Iron Fist can do as just self defense. When they go all out, they're capable of breaking a lot of things. A lot of big things.

For striking power, that's what one of your guys can do, whereas I mentioned previously, I have an Iron Fist that can counter that, plus two people capable of smacking around Deathstroke, Cyborg, and even Wonder Girl, and one that can slap around Bane.

Err, I can believe your team has the ability to dodge around bullets. But you don't think that makes them move at mach speeds...do you? There is a difference between dodging a bullet at those speeds and a kick.

Also, if your trying to use The current Iron fist feats then YOU are over the limit lol. IF smashes Temples and Helicariers, but IDC, Not like he can even get that close and one of those people Most certainly do not belong *Cough*wondergirl*cough*

My team is nor dazed or distracted by those illusions!

Bubbles are bubbles, they can be popped. My team has more than enough "sharp sticks" to pop them with. I also believe my team's insane agility will help with this, and those bubbles won't even be inside the castle for the most part.

No the bubbles actually wont be in the castle cause my team is not going in there. You want to sit there and Fight shadows all day, be my guest. "Dance puppet, Dance"

Azbats or Orson can clear a large portion of the bubbles quickly. Grant will be absolutely safe where he's at, don't you worry. Plus these things can be tanked, Orson & Grant are deadened to pain (Grant had a knife thrown in his arm and didn't even flinch), Azbats is protected by some serious armor, & the Razor Wire can be cut & dodged. For your team to get to me, they'll have to go across that bridge, which will be hard since there's oh so much razor wire and dangerous bubbles to get across. My Team is fine where they are, but don't you worry where that is. But Grant has sniped one or two of you out by now, up where he's at. I won't tell you where, but it's elevated, and still protected. I have the picture of where saved!

Your team is being sniped out! My team thinks tactically! Azbats & Grant at least. Orson's at the entrance of the castle, so while your team has to maneuver through they're own traps whereas my team is nice & stationary, you have to get to them, and that's quite the spread of projectiles to get around.

You're team has to have good reaction speed feats to avoid getting sniped out, or just plainly shot. You might have to face Azbats head on, and he'll burn you, if he doesn't just target weak points like so:

But I've intended to put him above. While your team is closing the distance, Azbats is raining fire upon you, Grant is sniping you out, and Orson is staying put.

Basically, my team is smart. They will not face you head on. Moving through all those traps. The only trap you've set that would really work is your illusions, but you have to get through all that.

Sigh. You can't snipe what you can't see,

Lets look at the FACTS

Based on pure and utter facts I can guarantee your team will be the first to take the offensive.