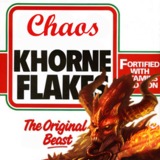 I'm back from a hiatus. Fill me in and invite me to every Mafia game!

Ah, a true test of my abilities has arrived, and what better creatures to face than vile Goblins. I admit that their inhuman song is unnerving, but it leaves me with little fear. I must do whatever I can to defend Sandpoint, my home, and help stop this invasion. Without a second thought I rush forward to battle!

OOC: I move forward to R 6 on the grid, and fire a shot from my Crossbow at Goblin number 2.

A hit, but barely lol. Now I'll roll for the damage

Not bad, right in the middle

I fire a bolt from my trusty Crossbow right at the center of the Goblin pack, striking and wounding one of the little monsters.

I look back to two others who seem like capable fighters, and nod to them. They will prove valuable assistance in this fight, and we must work together to stop these horrid Goblins.

OOC: I then end my turn and pass it to Jason. Hopefully everything looks good!

After hearing Father Zantos' words, I respond in suit:

"Well of course Father. I would do anything for the Church. And I can't deny that I have felt a desire to leave Sandpoint and venture Golarion. Not only would it allow me spread Sarenrae's light to others, but I also know it will help me redeem my cursed heritage in the eyes of others. So once this Festival is over, I will take your words to heart and begin my journey. For now, I'll leave you to your duties Father. Have a pleasant Swallowtail Festival"

I bow towards him, and leave him on his way. I consider my options currently, and decide to see the foreigner being talked to by the Sheriff. I recognize him from the archery competition earlier, where his talents impressed me. After the Sheriff is done getting his word in, I follow the foreigner into the tavern and take a seat by him after he orders a drink.

"Greetings. I saw the Sheriff giving you trouble back there. My apologies for that, this town isn't exactly kind to those who differ too much from them. Regardless, what brings you here? Also, by what may I call you? I am Kazimir Van Xander, an Inquisitor of Sarenrae for the Church here."

OOC: Here is the Perception check you asked for btw-

As a long time resident of Sandpoint, the Swallowtail Festival isn't anything new for me. The opening of the new Church however, is something that brings me joy, as I have lived there my whole life before the fire destroyed it. After the fire took the last building, I took residence with various other clerics and the sort until the new one was finished. I am glad to have a permanent home again, where I may study and train to my contentment. But for now, I must participate in the Festival.

The people of the town have never been particularly comfortable with my appearance and ancestry, so I keep my distance so others can enjoy what they want without scaring them. The Church said that I was to keep an eye on the Festival as well, in case any trouble sprouted from the crowds.

Despite my slight disinterest in the Festival, my favorite competitions were always the ones relying on strength and accuracy. I decide to visit the Archery Competition, and pay witness to an outsider dressed in foreign clothes make a bullseye from a ways back. An impressive feat, to be sure. I try my hand at it as well, distancing myself from 70' back from the target.

I pull back on the shoddy bow string, with the arrow clutched between my fingers, and let it slip from my grasp at a fast speed towards the target...

OOC: That would be a -12 to the roll, since Kazimir is shooting from 70' back. Kazimir's own Ranged Attack Bonus is +3, so that would lessen it to a -9 on the roll:

A bullseye! I am even shocked I was able to make the shot, my accuracy must be getting better (or perhaps luck decided to favor me today). Regardless, I step away from the competition, and withdraw back into the crowd.

I decide that, if there were to be trouble in town, it could arise from drunkards at the tavern, so I head there for the time being.

If they did a Ghost Rider and Blade movie, I'd absolutely love a Midnight Sons team up film.

Spawn needs to be in it lol. Along with most of the guys OP said.

I'd also be interested in seeing Kratos make a comeback in his new look from God of War 4. He could even get Atreus as an assist type mechanic

They could have explored Kendra Young's backstory from the original show or even one of the new Slayer's created at the series' end instead of completely rebooting it lol. Pretty lazy idea to reboot it tbh

Guardians, with Thor Ragnarok at a close second

I mean, he did finish the script so he should be able to finish the movie at least. If not, some other dude will probably just use the script and call it their own.

Regarding his actions, he should definitely be forgiven for something he has already apologized for in the past, but the firing was logical on Disney's part I guess. The Mouse can't have anyone who has that that kind of exposure in recent media in their repertoire of directors. Unfortunate, but inevitable

@tparks: Thanks! I spent a lot of time the other day looking at the rules and https://paizo.com/pathfinderRPG/prd/ for all the different options I had for races/classes. I was hesitant to play something so different from the core book, but that's usually the kind of characters I make for DnD lol. The other characters I had in mind for this were a Dwarf Barbarian, Goblin Summoner, Human Skald, or Fetchling Rogue

@tparks: I've gotten a somewhat decent handle on the rules, as well as a few characters in mind. I'm definitely down now lol.

Here is the one of the characters I came up with (idk how set I am on him quite yet tho):

Backstory: Kazimir Van Xander is a Dhampir, a creature that shares the blood of a human and Vampire. He was born to a human mother who worshiped the goddess Sarenrae as an esteemed cleric of the Sandpoint Chapel, but she tragically passed away in childbirth for Kazimir. The father was a charismatic yet deceitful vampire who charmed Kazimir's mother into bearing his child. He left after Kazimir was born.

After being born, the clerics at the Sandpoint Chapel took Kazimir into their care and treated him with respect and trust. The other villagers of Sandpoint on the other hand, not as much. The townsfolk treat Kazimir in a similar way as any normal person would treat someone who carries vampire blood; with fear and distrust. Thankfully, Kazimir tends to himself often and cares little for the people in town who fear him, instead focusing on his training of becoming an Inquisitor of Sarenrae.

Kazimir seeks revenge for the vampire who seduced his mother, in addition to a hatred for all undead. Most of the time, Kazimir spends his days training his mind and body to fight such foes, as well as any foes that would come to destroy the newly built Sandpoint Cathedral (which he assisted in constructing after the Chapel was destroyed). Over the years, Kazimir has grown quite skilled with the Scimitar, the favored weapon of Sarenrae.

During the Swallowtail Festival, Kazimir has been tasked by his fellow clerics to keep an eye on the festival and make sure nothing gets too out of hand (a job he doesn't mind taking).

Personality: Kazimir is very studious and withdrawn, having spent a large portion of his life simply among the clerics in Sandpoint and in dusty tomes/books. Kazimir prefers the company of them over most anyone else, but isn't shy from anyone who treats him decently.

Kazimir is also very religious, as he finds comfort under Sarenrae's light in the Sandpoint Cathedral. He seeks redemption from his tainted blood, and hopes to prove he can reject the evil nature of his heritage.

Despite his many years in the safety and solace of Sandpoint, Kazimir yearns to venture off and hunt the fiends of undeath to confirm to himself and others that he is not fated to be an unholy creature of the night.