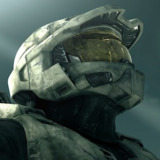 Told from the perspective of those closest to Clark, For All Seasons gives us a look into Clark's life as he was becoming Superman.

From the perspective of his immediate others, we get a view into the earnestness and charm of the character. What I love about this story is how it really dives into Clark rather than Superman. This humanizes and grounds him in a way that many other stories fail to properly do.

The art is also amazing and I feel really conveys a classic aesthetic.

This is more of a What If story, than a true elseworlds, but it's still very engrossing. Conceived as a farewell to the Silver Age version of Superman following 1985's Crisis on Infinite Earths event which saw the reboot of the multiverse.

Its quite a bittersweet story. Alan Moore manages to capture balance the silliness and camp of the silver age era with serious and weighted storytelling. I'd put this up there with Watchmen as one of Moore's best and reccomend any Superman fan to check this out.

Written against the backdrop of the edgy and over the top 1990s comics industry, Kingdom Come is a story set in the year 2020 which tells the story of the older more classic superheroes facing conflict from a newer generation of reckless anti heroes.

Following a 10 year exile after the death of Lois Lane, a now 60 year old Superman reluctantly returns to society to restore the Justice League and deal with the chaos of the newer generation of metahhmans.

I love this story because we really get a good look at a version of Superman who has very much lost his hope and optimism but is still clinging on. It's very difficult to portray this well, but I feel this story succeeds in that. The perspective of the story is actually not though Superman, but through a pastor called Norman McCkay.

And also, the art is absoloutely incredible

Probably one of the most fascinating takes on the character ever. What if Superman had landed in communist Russia rather than Kansas?

Often most comics have attempted to delve into the idea of an evil Superman or dictator Superman. Injustice for example, is an example of a cringey story which completely fails at the most basic tenets of storytelling.

Red Son is the perfect and definitive story of a "dictator" Superman. It actually gives us a realistic and intriguing look at how Superman could become a dictator under the right conditions, and offers a stark contrast to the Superman that landed in Kansas.

Even then, Red Son Superman isn't evil, nor does he kill innocent people, but he has serious moral issues which are competently explored. The animated film doesn't really do this comic justice. When it comes to elseworlds, this truly is one of the most unique and interesting takes on the character there has ever been

This story really gets slept on and imo is an absolutely amazing take on the story of Superman.

Rather than write a summary on it, I'd rather just copy paste the synopsis because I believe it's better to go in blind.

Set in the real world, SECRET IDENTITY examines the life of a young Kansas man with the unfortunate name of Clark Kent.All Clark wants is to be a writer, but his daily life is filled with the taunts and jibes of his peers, comparing him to that other Clark Kent — the one with super-powers. Until one day when Clark awakens to discover that he can fly...that he does in fact have super-strength! But where did these powers come from? And what's he going to do about it?

Old comics? No suprise there...

Old comics? No suprise there...

You can read New 52 crap if you want etc.

It would rank at no6. So just missed out.

@frozen: Fair, I've only read 2 from this list anyway

@frozen: Fair, I've only read 2 from this list anyway

I still thought the animated film was nice. But yeah, the Red Son comic is godly.

Not often I see For All Seasons at the top of someone's Superman list. I mean it get's plenty of love but usually not thee favorite. Happens to be my personal favorite as well so it's nice to see.

Lovely stuff. There's some stories here like Secret Identity or Whatever Happened To The Man of Tomorrow? that don't really get enough appreciation: they are some great examples of gripping material done with Sups. Just wish he was regularly wrote like that lol

No Birthright or All-Star Superman is blasphemy.

Joke, but it's weird not to see them on your list.

Good list i will include death of superman, All star and Superman Brainiac too

I hope we get more movie-related blogs from you though. I miss those and it's been a while since we've gotten one.

I've read 2 out of 5, good stuff will check out the rest in time.

Lovely stuff. There's some stories here like Secret Identity or Whatever Happened To The Man of Tomorrow? that don't really get enough appreciation: they are some great examples of gripping material done with Sups. Just wish he was regularly wrote like that lol

Agreed. Secret Identity is slept on.. it actually kinda reminds me of the concept of Superboy Prime (being named after Clark in a world where Superman exists as a character).

I hope we get more movie-related blogs from you though. I miss those and it's been a while since we've gotten one.

Thanks! I'll definitely be writing more blogs for sure. Glad you enjoyed

I think my ordering has changed now.

3) Superman For All Seasons

4) Whatever Happened to The Man of Tomorrow

@frozen: All are great.

IDK what my top 5 would be, but my number 1 is definitely Red Son. Like you said, what an interesting and complex take on Superman.