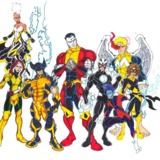 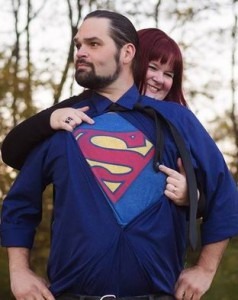 Well......since I no longer am using my OKCupid account....I'll just put that as my biography. (Disclaimer: This is what actually appeared on my OKCupid profile. I met a fantastic woman there and we are now married. Whoot!)

...and after I was cleared of all charges...oh hey there! Hi I'm an outgoing 44 year old with a spunky personality a bright eyed positive out look who enjoys spending nights locked in a closet, watching Emilio Estevez movies, and screaming at the moon. Seriously, no matter what I type here you won't know if its true or not until you talk to me. I could tell you I'm the King of France for all you'd know. I think a little mystery never hurts, plus it makes for a lot more conversation. I like to not take everything so seriously, the worlds isn't gonna end the sky isn't gonna fall because someone doesn't agree with me. I never want to say something like " Oh I would never do that!!!!". I hate heights, but I have bungeed and gone skydiving. I hate regret. I hate khakis/blue denim shirt combos. I hate Runts...but like Rascals. I like a lot of different kinds of music, but prefer 80's retro when going out dancing. Oh yeah, and I really am the King of France.

I have a sense of humor that has been described as "It opens the escalator to Hell on which you will soon take a ride..."

Let's break some hearts...I don't believe in soulmates. Now before hitting that dreaded Back button on your browser, hear me out. A relationship to me is hard work, where through getting to know, then understanding, then growing together you have helped craft your own unique bond with that special person. I'd like to know that when I find my true love it wasn't because stars crossed or worlds collided it was because I sought her out and found in her the things that compliment me. Even after being in a disasterous relationship, I have never given up on the idea of love. I've been there often enough, sometimes had to leave too quickly. The idea of giving yourself, your all to someone else and them reciprocating is ideal. I like the saying" we love for it is the last of the great adventures." I really have no expectations, I'd like someone who shares my faith. By that, I mean I believe in God. Oh and you gotta be of the 4th bloodline of the House of LeFleur...thats not my rule, but if you want to be the Queen of France...

I am Dancing, Drawing, and Dad

I am currently attending college and working towards (slowly) a degree. I am learning ASL to compliment said degree and possibly looking to become an interpreter. Other than that I am raising my 10 year old boy. He is more precious than anything to me. I collect....a lot. I am enjoying what I am doing now.

Bringing all sorts of non-sensical drama into a relationship. I see all these profiles that are like "No drama" or "I ain't gots no time for no drama!" or even "No baby mama drama". So, I'm like Pbbbffttt! I'll get into an argument for fun. Yes you do look fat in those pants! No, in fact, I was trying to hit on your friend when we first met. Did you mean to get that perm or did afros come back in style? And don't get me started about playing games....

I like to play games! Whenever a paramour starts to get all clingy I'm like "Sorry! If there is no ring on this finger, you do not have a Monopoly on me and you Risk losing this Battle of the Sexes! This is not a Taboo subject! You obviously have no Clue so why don't you go get a Life!?! Yahtzee!"

Yeah those last two paragraphs were jokes. Well, except for the fact that I will randomly yell out Yahtzee....usually not at the best times.

Drawing cartoons and comics has always been a love of mine. I LOVE todance. I sing very well, but too often for some people. I like to cook.

Dance contests. Yeah, Dance Contests. I regularly go to the Vogue and win their dance contests. 37 in a row. I'm making a championship belt.

Taking a hit. The laundry list reads as follows, I have been hit by 14 cars (that's me & no car vs car), I have been shot (bullet & arrow), stabbed, drown, hung (its ....uhm its a long story), caught on fire and impaled on a chair I.....broke. As I type this I am starting to wonder how this makes me more appealing....

I have a horn. Not like in trumpet. More like a unicorn. Makes wearing hats difficult, but at least I can hang mistletoe off it. Seriously though, I would say it is the way I am acting. I'm a bit of a clown, and when people first meet me I am usually paying off a dare or being the village idiot.

That or the way I am dancing. I dance, to be/feel free. I don't care what people think when I'm dancing its a nice feeling. Also when people come up to dance with me (I don't mind except for....) they grind. I don't need to grind with a woman to dance with her. It kinda throws my balance off....and I have tripped a few potential partners.

Unless I am drawing, then people pay more attention to that than me.

People say I look angry. I'm not it is just how my expression comes across I guess.

Favorite Movies: Hoo Boy. My favorite movie is Grease. Then The Phantom of the Opera, Wizard of Oz, Unbreakable, Mostly everything by Kevin Smith, Serenity, Clue, Hairspray and MST3K: The Movie.

6 Things I could not do without:

I could never do without my right hand. (I draw with it, get yer mind outta the gutters people.)

Thats pretty much it. The next two are pretty frivolous.

Cherry Cola. Handmade, not the prepackaged stuff. But you know, I just discovered Raspberry syrup, and it is bombastic. C'mon how many times do you get to use bombastic in a life time? Don't judge me.

Everyone says music. Then they claim to love all types of music blah blah blah. So I will go a step further and narrow it down to one song. That one song is "Xanadu" by Olivia Newton John.I cannot live without the song Xanadu. There I said it.

The Most Private thing I am willing to admit:

I killed Kennedy. The truth can finally be told. I was the man in the grassy gnole. Muh HAH HAH HAH.

I have custody of my son. Not really a private thing, but most people assume that because I'm a single dad that I messed up my marriage and left my son and his mother. None of that is true. I fought hard for custody and sacrificed everything for him. Thats something I'm proud of.

I do believe in God. A lot of people find that to be a turn off. Beleive me if you read this far, this should be the least of your worries.

I have recently discovered, I have no chick radar....or whatever those idiots at the bar with the popped collared polo shirt and cargo shorts call it. Girls hit on me ( usually when dancing), but I am oblivious. I guess they need to wear a banana suit with an "I am interested sign" in glowing neon above their head. Then maybe, I'd get a clue.

You should Message me if:

You are people looking to give away money.

You have captured a Leprechaun. (Hey don't laugh! Leprechaun magic is the only magic that'll get rid of this horn. Well, that and Mermaid magic. But have you ever tried to capture a Mermaid? They scratch and bite and when you finally capture one they file sexual harassment charges. Pbbffft!)

If you are not too serious. Really, I am a clown, I always look for the joke because I enjoy making people laugh. I never mean harm by what I say, but people don't view it the same way. I understand it grates on people sometimes. If you have a self depricating sense of humor, thats good too. The biggest butt in my jokes is usually me.

I really am a nice guy with a great sense of humor. If you want to contact me, I'll be in the friendzone dancing around my last place trophy.......:)