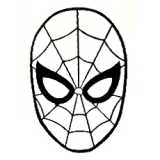 Just had a random thought. Are the most popular, long-lasting characters seen as more heroic because they use primary colors? Or does it have more to do with the time they were created? Let's see...(I'm in a listing mood :) )...

I just had a thought the other day that Cyclops's power is similar to Superman's heat vision. Then I started thinking, if you added up the powers of the original X-Men you could make a Superman (sort of). I wonder if this was an inspiration or just coincidence.

So you have Cyclops (heat vision), Angel (flight), Beast (strength), Iceman (cold breath, and later armored skin), Prof. X (X-ray vision and other heightened senses). Ms. Marvel is the only one that doesn't quite fit, though her telekinesis could be seen as another form of strength.