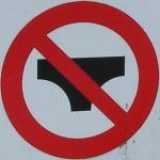 haha i wish i saw that

I didn't have a problem with Ellen Page as Shadowcat . hell I was pissed they didnt go more in depth with her character.

Oh yeah i was one of the people who didn't think she was stealing Rogue's boyfriend. Bobby keeps coming in her face asking to do this and that. Kitty just took it as Bobby was being a friend. If anyone paid attention you can see that she was looking as Bobby like an older brother she never had. Most of the time in movie Kitty was just hanging out and going with the flow. Close to the end in the blackbird when everyone was getting for the mission, Kitty was just sitting there thinking about not messing up. Hell Kitty nor Bobby didnt even sit together. Kitty didn't look over to Bobby and be like "oooh this might our first and last mission togther. i wish i would have kissed you on the frozen water fountain. I just want you to know I-I-I love you. Kiss me! Nom nom nom"

Rogue was just being a jealous ass making things complicated. To be honest I didn't really see Bobby do anything wrong. he was trying to be the good boyfriend but Rogue kept pushing him away so he got the hell out of dodge and went to someone else who appreciate his company and kept it plutonic. Kitty was no fool, she also saw what's going on. She knew that Bobby was going thru some shit and they used each other as comfort blankets to get by until Rogue could come back acting right.

That is the problem with Bryan Singer he has his head up his ass so much that he doesn't realize with the changes he makes really messes up a movie. If had just stuck with Kitty and Colossus romance in the first two and bump Rogue and iceman trying to do something, the poor girl wouldnt get heat she doesn't deserve at all.

One more thing I do think the chick who played Kitty in the first movie was more attractive than one from 2nd one and Ellen Page. I like Ellen Page and I think she is sort of attractive but I feel they should have stuck with the first one. That's just me.

I know you made this comment five months ago but this is the first time I've seen it... so...

I'm guessing you haven't seen the 'extended' version of the movie where Bobby and Kitty kiss? Out on the ice...

I agree with you about sticking with the first actress. I think Ellen Page is great, I just don't think she'd played Kitty right... Kitty is supposed to be a genius (literally), and is just very different then what Ellen Page portrayed. But to be fair, Kitty (Ellen) really didn't get much air time to develop the character...

An extended cut? When was that put out? Far as I understand Ratner said that the theatrical version was the only one. I have heard that there are extra scenese but unconfirmed, Like after the Professor and Moria scene at the end credits,  Cyclops is also found unconscious in some ragtag hospital then he open his eyes and the screen goes red.

I see some people in this thread knows what Phoenix Wright can do in a fighting game..

God bless you all for appreciating an underrated fighting game Capcom vs Tatsunoko which is one of my favorite fighting games apart from Rival Schools: Evolution to this day.

That's from the heart, mofos.

Jumping out of the closet is fine and all. A small hop would just do, you don't need to Jean Grey Phoenix fly out that closet. Let people know about you so they wont be confused later in future. Cool, now when you feel you have to make spectacle and be all militant gay just to be an attention whore. A backhand from "A Pimp named Slickback" I feel is acceptable.

People can and will come out however they choose, it is not up to a homophobe to dictate how one should come out.

Oh, and I say there is NO better way then to fly out, go all Jean Grey Phoenix! Yeah!?! How beautiful is that? :D heh.

That is exacyly what I talking about how homosexuals are getting some improper treatment.. Just because someone doesn't see the point of making a big deal about their sexuality doesn't make them a default homophobe. I don't need a frakkin fashion show for you tell me that you like the same sex. Just like you don't need me yell "Straight Wood" in your face to advertise I'm straight.

I feel that homosexuals shouldn't get special treatment and I shouldn't have to specifically kiss someone's ass just cause they want to advertise their sexuality in an abnormal way. It's your personal business not mine. I don't care what the hell you want to do in your bedroom just like you don't care what I do. Just do your goddamn job, pay taxes and use turn signals when turning or changing lanes.

I'm kind of funny with it.

With Celebrities, I don't care. I'm never going to be able to sleep with them so it's no big deal. Longs they keep doing what made me like them. That's all I care about. Like with Ian mckellan, I don't care gay bi whatever. longs he continues his great acting such as Gandalf the Grey/White and not transform into Gandalf the Rainbow. Have it, brother!

In literature...don't care. Like with Achilless and Partaiclus. In the movies they are cousins and best friend but in the real literature they were lovers. Adds spice to the scenerio. Stuff like Anne Rice's Armand......well that is a little much for me.

Comics and Superheroes....so far it is tamed. No complaints there. Heroes like Wiccan and Hulking who are couple. I think is pretty neat. Hell I even made Hawke hook up with Anders in Dragonage 2 just for sh*ts and giggles. At first it was by accident and then I just said oh well I get an achievement for it.....WOOHOO!

On the personal issue...I feel some people gets treat improper treatment is by the way some homsexuals conduct themselves. To be honest an average person don't care if a person is gay or not. I think they have a problem with homosexuals who act like they are aliens and demand attention plus a bonus race card.

Jumping out of the closet is fine and all. A small hop would just do, you don't need to Jean Grey Phoenix fly out that closet. Let people know about you so they wont be confused later in future. Cool, now when you feel you have to make spectacle and be all militant gay just to be an attention whore. A backhand from "A Pimp named Slickback" I feel is acceptable.

In the words of Kurt Angel "Oh Its Real, It's damn real"

If she keeps that up from "Time after Time" "Girls just wanna have fun" throwing water bottles at her on stage and then she'll have a "Change of Heart".

it's the price that pisses me off... the fact that Capcom got so many of us to gobble up Marvel vs Capcom 3 and now they want us to pay another 30 - 40 bucks for this new game... Capcom aint nothing but Vultures.

No doubt, I understand if you want to put the added stuff in a new game to where we have to buy. I dont really have a problem with that but what I have with is just added 12 more people and no new stages and then have the nerve to charge $40 dollars.

Capcom wonders people think MK9 is so much better than MvC and SSIV. You make the one time payment for the season pass and BOOM you have access to get all the downloadable characters and their stages when they come out with no extra charge. You would think Capcom take notes.
11 years ago

Will new downloadable characters cost any money? Didn't hear much about it.

Sorry dude, But UMvC is a whole new game you have to buy. Pretty much Capcom is doing the same BS they did with Street Fighter IV to where they came out with Super Street Fighter IV six months later and it was something you had to buy not download.

I found it disturbing how people in the audience booed Ron Paul after he explained why the terrorists are attacking us - essentially not because of what we stand for, but because we are over there acting like world police.

That also broke my heart cause the guy was reasons were valid unlike Bachmann's "what has Libya done for us? Nothing so Screw them" reason. That bitch needs to watch more c-span or actually go to a UN summit meeting or something. I even looked over to my girlfriend and said "The crap that comes out of this ladies mouth would make Mel Gibson blush."

On top of that it seemed it also seem that everyopne forgot that Ron Paul was the only person up there who has served in the military.. He was a doctor in the Air Force. He was no door kicker but he at least has some understanding on how the military works and their actions.

This country will never be ready for a female president.

No this country can handle a female president but she has to be approved Oprah and The View and be a fan of the show 24.