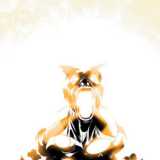 Hulk 2, The Dark Knight, or Hellboy 2

For me it would be Hulk 2.  I have seen the previews for Hulk 2 and The Dark Knight and both look good.  I'm not sold on Ledger's interpretation of the Joker or Batman's new costume and though Batman Begins was far better then the Kilmer or Clooney Batman movies, it left me wanting.  I didn't like Neeson as Ras and I thought he wasn't given enough development time.  I liked the Scarecrow but he wasn't shown enough.  It just seemed like they were trying to do too much in one movie, when they could have concentrated on less and done a better job.  But I think DK will be better or at least I hope it will.

Hellboy 2 on the other hand may or may not be better than the first one but the first movie wasn't anywhere close to as good as Batman Begins was, for me anyway, and so I have no reason to believe that the second one will come close to The Dark Knight.  I like Hellboy as a character but the actor doesn't do much for me and for me there isn't much complexity to his character.

You'd think a lack of complexity would hurt the Hulk as well but to me the Hulk is just the end result while the real character is Banner.  It's the opposite of Superman.  In Superman you dont care about Kent because Kent is just Superman pretending to be a normal human.  But Hulk is just Banner having lost complete control and the focus should always be on what gets him to that point and then you just sit back and watch as he takes his frustration out on whoever set him off.  It looks like Norton understands this and is realling doing a great job showcasing Banner in this new Hulk movie.  But too much of that and it ceases to be much of a superhero movie.  So it's great to see them overcoming the drawback of most of the Superman movies.  You have a powerhouse superhero (unlike Batman, who's actually easier to put in a movie) and you give him a powerhouse villain to match up against (instead of Lex Luthor, his minions and in one instance, Richard Pryor).  Heroes are far more interesting when they get to do what they do best.  Superman feels wasted when he doesn't get to showcase his powers, on their uppermost levels, and when it really isnt the villain who is bringing that out of them, the villain seems to not be as involved in the story as a villain should be.  This Hulk gets the Abomination instead of a few genetically altered dogs and a watered down version of the Absorbing Man, pretending to be his father.  I have high hopes to see something amazing in this movie and the previews are doing nothing but reinforcing those hopes.

So I say all of that to say that I personally will more than likely enjoy Hulk 2 more than I will the other two movies, though I will definitely give them a look as well.