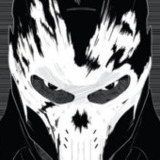 They'll look up to the skies and see hope. 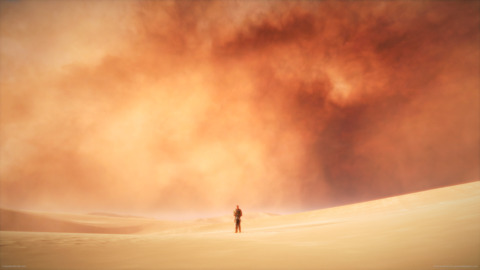 Base of Operations: Borderhaven Base, the Arabian Sea

High-Class Hand-to-Hand combatant: March is a trained hand-to-hand combatant whose melee ferocity knows no bounds. A former Delta Force operative, March was trained to combat both regular human combatants and metahuman fighters. March is trained to strike hard and fast at an opponent, eschewing unorthodox combat maneuvers in favor of highly lethal organ-bursting punches and bone crippling grapples. March's immense strength and endurance aid him in physical altercations, and he has been known to suppress inhibiting factors through medication. For all his passion in a fight, March's strikes are never anything less than calculated blows intended to shatter an opponent from the inside out.

Well-Trained Marksman: March is a former Delta Force operative trained to make use of any firearm he comes across. As part of the anti-metahuman squad, he was taught to make use of his environment, using any weapon he comes across to his advantage. Disciplined to be a long-term operator, March was known for conserving ammunition by collecting the firearms of his targets. March is proficient in the use of practically any conventional firearm / explosive device. March can assemble or disassemble a weapon by instinct, and his reload speed borders on uncanny.

Off-brand Maverick Exosuit Frame: Essentially an imitation of a Maverick Incorporated HNK LightWeight exosuit, March's personal body armor grants him superhuman strength and striking power, in addition to adding to his already impressive resilience to harm. The Exosuit was constructed by March's men based on a plethora of information, including first-hand sightings, newsreels, pirated blueprints, and scan-based 3D models of the internal components. When first constructed, the armor was little more than a skeletal frame of the Maverick-brand warsuit. March was pleased with the outcome of the project, but he elected to make a few major design changes to complement his fighting style and provide maximum efficiency in the field.

Firstly, the Exosuit's electrical components have all been removed, along with the wiring and computing systems that allowed the suit to operate at all. Instead, March had the internal systems replaced with advanced pneumatic and magnetic-based systems that mimic the muscular structure of the human body. These systems cause the suit to bend to March's movements, rather than rely on pre-programmed moves. March essentially powers and directs what's left of the armor using his own strength, rather than the otherwise cumbersome systems present in the original armor. These alterations were partially out of necessity, with only Maverick having the capability to accurately construct such armors.

Secondly, most of the armor's metal plating has been replaced with high-class glass-reinforced plastics, reducing the weight of the armor (and permitting March to move it without electronic aid) whilst simultaneously increasing its resistance to electrical attacks and reducing risk of overheating. The stripped-down frame is more akin to a combat vest than a suit of powered armor. The end result is that March retains the strength of the original suit while sacrificing a degree of speed and durability. This does, however, enable him to operate without a power source; March's armor is like a bike, whereas the original Maverick suit was like a motorcycle.

Rather than replace the arms, however, March instead elected to alter the hands, replacing the precise hand-shaped metal gloves with two heavy-hitting hydro-magnetic jacks. These jackhammer-like pistons are filled with micromagnets, which lock them into place and serve to aid in accelerating them along with the hydraulic presses. This grants the jacks a degree of movement speed that would make them almost invisible to the naked eye during a strike, were they not attached to his arms. These jackhammers can exert precise forces of nearly 5.0 MJ / kg, equivalent to the force of an isolated explosion enclosed around his fist. These jacks let him severely injure metahumans through punches, as well as shatter conventionally impenetrable materials such as bulletproof glass with a single blow. Through repeated strikes, March can pound his way through reinforced doors or even metal walls.

Within these load-lifting arms are two small crowbar-like prongs, which were originally used to open heavy crates. March sharpened them into high-quality titanium blades, each one accessible at the press of a button. Combined with the amazing pressure of his hydro-magnetic jacks, these blades can lethally pierce superhuman hides. In addition to these prongs, March also has access to variants of the original hooks, which he can install to allow him to adhere to vertical surfaces or scale sheer walls.

These load-lifting additions can be disabled with the mere touch of a button, returning them to a prone position and allowing March full use of his hands.

M50 Joint Service General Purpose Mask: A compact gas mask worn around the neck when not in use, the M50 Joint Service GPM can be equipped to fortify March against blister agents and deadly poisons, protecting his eyes and respiratory system while in combat. The respirator protects him from harmful vapors, dust, gases, and fumes. The GPM can be tucked into a bag when not in use; March can retrieve and don it with extraordinary speed if need be.

Benelli M4 Shotgun: Featuring a collapsible stock and a rail-system for scopes and other add-ons, the Benelli is March's go-to shotgun for close quarters engagements. He's capable of dismantling and reconstructing it within seconds, training for days on end to get used to all of his gear. Pirated Benellis are standard use in the Brothers' forces.

AK-47 Rifle: The AK-47 is a selective fire rifle which originally saw use in the Second World War. The cheap, reliable weapon is commonly used throughout the Brothers' forces, with their leader, March, commonly seen toting one into battle. The AK's sturdy nature and powerful rate of fire make it an ideal weapon for the underground fighters.

Skinner: Benjamin McCoy, AKA "Skinner," is a mutant with the power to interface telepathically with machines. Skinner was recruited by March in one of his last US-based operations before going undercover, contacted before the government could reach him and transported to Borderhaven Base. Skinner is an invaluable addition to March's crew due to his ability to hack nearly any device, interfacing with it using a special abnormal "node" growth in his brain. Skinner's ability to control technology allows him to hack any device Emil exposes him to, as well as maintain a solid infrastructure for Borderhaven base at all times. McCoy keeps the group's identities off of identification systems, as well as providing eyes and ears for the group during operations. Skinner is in constant communication with Emil during all missions; March considers him one of his only true friends.

Skinner lives at Borderhaven, helping to manage day-to-day operations and using his powers to keep everything running smoothly. Though he has very little combat training, he is equipped with a Ruger LCP3 compact pistol for self defense.

Chen: Charles Chen is a Chinese-American sniper who often operates in the field along with March. He's equipped with a L115A3 sniper rifle and a wicked sense of humor. Chen is capable of operating in the field for great lengths of time without backup, maintaining cover and waiting for the perfect opportunity to strike. In addition to his sniper combat training, Chen is instructed in close-quarters combat and is a master of silent movement. His skillset is most suited towards long-range engagement, however. Skinner connects Chen with March's communicator using his abilities.