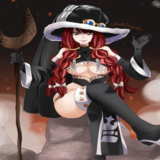 Frieza literally only has to do this:

@kasya_carey: Because of Irene, or at least switch Irene out for someone like Minerva or Laxus or Gajeel, which would make sense

1. Don't try to use that feat. It was filler

Filler or not it happened, Also take Piccolo destroying the moon in account while he was around Raditz strength, so it does scale to Vegeta being able to do that

2. You know there's a HUGE difference between Planet and Star Level?

Yes but if you scale from Piccolo and Vegeta at the times their feats were performed it is an absolute massive difference, kind of like a ratio from a planet to a star

I can see what you mean and I commend you on that, however they've never heard of planet busting before and like I said, they had no knowledge of Vegeta's feat. DB is full of plot holes and most people know it as Piccolo shouldn't be surprised at all considering he destroyed the moon which isn't as much of a difference in size to a planet as the powers between that Piccolo and the Piccolo then is.

@animefreak1: The vegeta Saipan saga planet buster feat happened and be mindful he did it with one finger

Also they didn't know that Vegeta destroyed Arlia and how could they have?

Also which scene were they shocked about Frieza being able to destroy planets? And which dub?

Iron man and Guts, Kratos has no chance

@animefreak1: It's Frieza though, and Zarbon as well as Vegeta, who are all planet busters (Potentially Nappa as well), and Frieza is most likely large star level, the'd have to have some impressive feats to compare to the absolute powerhouse anime known as DBZ

Good god you have to be kidding me on this, either solos the verse