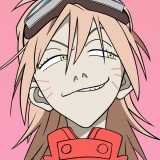 i dont know if anyone has heard of this bill but apparently it is being called one of the most outragous bills to ever be passed in america.

here is the link to the bill:

it was passed two days ago of the radar. I actually skimmed through a lot of it and was very shocked at what was in the bill. Granted this bill is clearly written in a way that is hard to understand and i had to get most of it translated a lot of the parts in the bill sticks out.

1) this bill gives the president the power to take over any industry deemed nessicary to defend the united states of american.

I was wondering what are your thoughts about this bill?

have you heard of it?

do you have any prior information on it you want to share?

while we were partying for the new year our government officially passed a bill that shreds the bill of rights.

yup the USA is now a "battleground".

the usa can now detain you without trial or charges for any amount of time and to make matters worst they just labeled the occupy movement a terrorist movement because they are going against the government (there goes our freedom of speech??). the rumors are already circulating that people have been disappearing.

the real slap in the face for me is the fact that obama, who claimed to be against this idea and who criticized bush for ruining america earilyer, went on in a press release that he thinks NDAA will be better for america. whats stopping him from passing SOPA now?

thoughts about the end of the american ideal?

i was just having a conversation about it with some friend and i was extremely curious to know your opinions about it CV.

personal i been there but i want to know your experiences before i share mine.

have you heard of it?

have you been there?

random encounter in the city streets

no more bill of rights

If you didnt think that or government couldnt get any lower, well guys they broke the record.

the just recently passed a bill declaring the USA a "battleground". the bill is called 'National Defense Authorization Act for Fiscal' Year 2012, which pretty much letting the military get away with anything as long as they are "suspicious".

if you still dont fully understand guys, if this is passed as law it will override the bill of rights and turn america into a military dictatorship. unlawful arrest, inprisionment, and interigation will ensue.

one of the wisest words i have ever heard come out a human mouth.

everyone should watch, wont be a waste of your time.

why you should respect your body


this video got over 4 million hits in 3 weeks
rebecca blacks video got 1 million hits in 1 week so its pretty obvious this video is going places.
but in all honesty i dont know what to make of it.
realistically this is the most annoying tune i have ever heard on you tube however it is also the most addicting.
i cant stop watching that little pop tart run and run.
ever since this video was posted it has been raising serious questions
1)why is it running?
2)where is it running too?
3)why is it a poptart?
and the most important:
4)will it ever make it?
i would like to think so guys, i would like to think so.
13 Comments

two very offensive viral video just broke out on youtube
one shows this girl from a college called UCLA totally ripping on the Asians in her school.

the other one shows a girl admitting to praying that the disaster in japan would happen and praying that it happens to other countries.

wow really?
a huge disaster just hit japan and you post this sh!t.

my opinion on the first video:
is she like a special kind of stupid? how do you make a video like that and not know that you are being offensive? she mentions the tsunami in the video then contiunes to rant about the so called "problems" they are causing her. i dont think she fully understands wtf she just did. this is a viral video and she mentioned the name of the college.
the b!tch cant stay there any more! lol she brought bad press to UCLA is anything people are gonna think everyone is just like her. If the college does address this problem aka kick her ass out they are going to have problems themselves. she deserves what she gets

my opinion on the second video:


she just became public enemy number 1 with that dumbass video. she stated in another video that she was just trolling. trolling or not it was totally inappropriate.
27 Comments