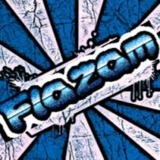 I will be posting a new list up soon.

So I have been looking forward to this film has I feel it has a lot of potential to be really good as well grow Fox Marvel Universe, But I am starting to become very sceptical...

The movie was pushed back to august and since then other than a few set photos I haven't seen anything not trailer, no teaser, not even some promo art or posters, considering its coming out in just over half a year one would think more would be coming to the project...

Rate That Team is a new completion following the same format as Rate That Character! (To which the Winner was Wolverine)

I will post a comic book team it could be hero or villain. The comic company's I am pulling teams from are mainly Marvel/DC but I intended to do big teams from various other publishers. When the team comes up your job is to give them a score out of 10!

I would love for you to recommend teams for me to do any recommend I will most likely do! so if you have a team you would like to see be done. You can PM me (flazam) or just comment it with your vote either is fine.

How the competitions rounds will work

Guardians of the Galaxy

I choose Teen Titans with a score of 8

I will to put a picture up with the team as well as a link.

So lets get this thing going with a team which has recently had a movie!

Guardians of The Galaxy

My Theory on Marvel's "Remake" Events.

So Marvel have been reveal a lot of recurring events for example: Civil War, Years of Future Past. Some of these events look as if they are sticking to the original storyline however others like Planet Hulk are very different.

I believe there will be a merger of some sorts between Marvels Ultimate Universe and There Mainstream 616 universe. This Merger would cause previous large events to change as the past of both timelines is being combined. It wouldn't be a reboot just a "edit" of sorts to previous continuity and a way to bring Miles Morales into mainstream Marvel U.

I think this because alongside these new events announced is the End of the Ultimate Universe a similar event happened last year but it ended up not perishing, so they wouldn't pull the same trick twice so this time its likely it will end. But Marvel are including Miles Morales in Secret Wars so they are still to keep him in Comics.

Do you think this theory makes any sense?

I look forward to reading any comments!

What DC need to do with there cinematic universe (IMO)

@@For Dawn of Justice plenty of the Justice League cast have been cast in it whether that's in costume or not is yet to be known But we know that Batman and Superman and Wonder-Women will all appear in costume I don't think this is the way they should have done it, They are doing it because The want to "Catch Up" To Marvel but the way Marvel did it was slowly introduce each of there characters and develop them in there own films and linking the films together so when they finally did a crossover film it felt very natural and it worked well. DC are trying to cram as many characters as they can which may turn out like Spiderman 3

Blue Alien in Agents of Shield (Sorry this is late UK)

Well you will remember the "alien" from Agents of Shield and how it was being used for the serum. After reading online I have chosen to possible theory's for what that was and what it means.

So the alien was blue and the kree are famously blue, there is the issue about rights but what about Ronan the Accuser he is kree and even if they don't call them kree they could be named differently slightly like how they are doing Scarlet Witch and Quicksilver in Age of Ultron.

So If it is a kree here's the cool part. So the kree's DNA was being used for the serum so what if Skye is Ms Marvel it makes sense the Kree link and Marvel are keen to introduce her into there cinematic universe so what better a way?

I like this theory as I think It has the potential to work well. Also the tattoos on the aliens body are reasonably similar to kree tattoos.

So what if its an Altlantian I think it almost looks as If it is in a water chamber this theory doesn't have much to do with Skye but if it did possibly she could be Namorita!?

What are your thoughts?

The Truth or Lie Game

So this is my first go at an Off Topic Game so lets see how it goes...

The game is you post two statements one of which is true one is a lie the player below must guess what is true and what is a lie. Feel free to tell the user which was true in your next post I hope that makes sense.

So let it begin!

I have done this in the past by it never really caught on, So I have decided to have another go just polish the rules more and make it clearer.

Every Round the Character "Survives" he gains a point any character with 3 points will go to round 2. I will try my best to make fair match up.

Any question feel free to PM or leave a comment. So lets go!

So I haven't made a blog in quite a while, this time last year I made my first ever blog!!.

I really like how they have done Scarlet Witch's costume I like how they did not do the headgear I think the way they have done it has made it more credible and I think the outfit as a hole works well. Quicksilver, well the costume not as bad as it is In Days of Future past but it just doesn't look right In my opinion, Maybe it will look better in action I'm not sure but I think It looks more like a swim suit then a super hero costume I'm not too sure about it...

Captain America however looks fantastic I love how they have done the Marvel Now look I think they have finally got it right with him and I think they should keep it to that one. It is far superior to his Avengers one and as a matter of personal preference I like it better than his winter solider one I think its looks more like a recognisable Captain America his costume in Winter Solider was more of the Secret Avengers stuff.

Ultron is difficult to judge at the moment I think the helmet looks weird but I'm sure there will be a lot of CGI which will compensate. I was never huge for Ultron in Avengers 2 though... I would have preferred Thanos but part three (Fingers Crossed).

So that's my thoughts on the costumes I have read all of Trial of Jean Grey save the last part which will arrive tomorrow I have really enjoyed the event I love how Bendis is taking the X-men back to there space and I think X-men and Space work well I actually quite look the younger X-men as well. The Inclusion if the Star Jammers is fantastic.

I am also really enjoying Agents of Shield I really like the inclusion of Deathlok and I look forward to the series finale as I am sure it will be a very good one!.

What are your thoughts on the costumes?

Batman/Superman delayed until May 6th 2016

The highly anticipated Batman/Superman has been sadly pulled back 10 months according to DC its because they want to do it right, In my opinion its because they don't want to attend with Avengers Age of Ultron which is understandable. I am pretty annoyed about this as I was really looking forward to it and now I have to wait another year. Hopefully this means it will be really good cause if its not......

Marvel Vs DC Round 2: Which has better supporting characters?

So a few days ago I made a blog called "Marvel Vs DC: Which has the better multiverse"

I was happy with that one so I thought I might do another one with a similar style, If you have any ideas for Round 3, I would love to hear them so if you can leave one them in the comments or PM me that would be great If I use them I will do a Shout-Out at the start of the blog.

Okay so lets gets started...

His deep hatred for Spider-man is a strong plot point which works very well I prefer him as head of the Daily Bugle rather than Mayor. I really like the new direction they took him in, During Superior Spiderman though

although he doesn't do much he is a very important character and one of the only characters Batman trusts.

Runner Up: The Kents

What are your thoughts agree?

Blogs Created:
108 blogs
Most Commented blog:
Rate That Character out of 10
Total Comments on blogs:
2685 comments