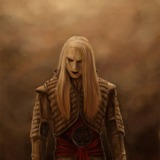 Mods, Trolls and Users…… OH MY

I thought it best to write this down after everything that has gone on to do with trolls recently. So let’s start with what is a Troll and what types of Troll’s are around’ now a Troll is someone who posts inflammatory and off topic messages to get a rise out of the community this can be achieved in many ways. Blogs, post, pictures, writing on someone wall and of course PM’s. Their entire goal is to get a reaction from the community or one person of the community, this is where feeding the troll is bad. You see if you feed a troll you give him the response he want’s and that draws him back to the site. now let’s clear something up while I am here Trolls are not stupid, yes some are a few cans short of a six pack, but we must understand that a Trolls whole purpose on the internet is to get reactions, they do not limit this to one site, so they know ways around being banned, hell you can google it.

These guys just appear out of nowhere but often vanish straight after their first ban, they are what I call a grab and dash. they come in do as much damage as possible and try to claim their innocence straight after being caught. They are often easy to deal with and never reappear again.

Now these guys are kinda harmless, but at the same time can be annoying as hell. You see they annoy the community by coming on after seeing the Wolverine movie and basing all of their feats off this or don’t believe that their character can be beaten by anyone. Often not knowing what cannon and non-cannon is, these types of troll can easily be spotted by the amounts of threads they make and where they are not doing any real harm can often lead to flame wars. A lot of the time they can be turned into good users given the time and effort put in by the comicvine users. These guys are perhaps the most common.

Now these are the guys that surf the net for one purpose and that is to troll. They will look for a site and start off by being alright, not to bad a user and then all of a sudden just lose it and start flaming the entire site. As they do this for fun, they know ways round banning’s and are the hardest of the Troll family to get rid of! They will keep coming back as long as they have something to come back for, they are abusive and all-round sucky people . They want to engage you in such a way that you become a troll yourself towards them, they get a rush from it. Hardest of all trolls to get rid of once they have their hooks in

So now let’s have a look at what can happen if we ban a troll, let’s call are troll bob…say hi bob: “DIE COMICVINE USERS DIE.” So we can see that Bob is not a nice person to have on the forums! Now look over here, it’s your friendly mod…let’s call him awesome sauce “Good Evening users, I will deal with this troll…” See all-round nice guy. So bob the troll gets banned by Awesome Sauce!! Yay troll dealt with, but wait, bob was using a proxy server making it easy to change his IP with little to no effort and wait there is more, he even has numerous e-mail accounts...Now what does this all mean, Proxy servers and numerous e-mail accounts? Well this means Bob the Troll can make a new comicvine account, It’s about to get worse as Awesome Sauce lives in a different country and time zone and has now gone to bed! So Bob2 starts trolling again.

Without a mod at hand Bob2 goes on a Trolling spree, now I out of most people know that this can be annoying as hell, so now we add Jim a normal comicvine user: Say hi Jim “Comicvine Rocks” see Jim is a cool guy. So Jim is in the battle forums talking about Gambit and all of a sudden Bob2 comes in. “Gambit is a tool” (we all know this would be much worse than this) so Jim turns round as most would “Bob2 you’re a troll get out of here” Now Bob2 has found his bait and replies to Jim “Shut up you’re a dumbass” and this is where things go wrong, now the Troll has gotten what he wants and Jim starts to get angry and back and forth they go, the thread turns into a flame war.

Awesome Sauce comes back on the vine to find this and has to deal with it accordingly. But the problem is Bob has gotten a reaction now and now knows comicvine is a place he can get a rise out of people so keep making side accounts to get round the ban (Really these guys have nothing better to do trust me) and now we have to keep banning him.

Now where this may seem like a bit of fun it happens all the time, so I understand the need to reply to trolls but don’t do it in a way that gives them power. The best thing you can ever do to a troll is ignore them no matter how personal they get, I know it’s hard but as soon as you give them what they want they have won. That even means making threads about them, they get off on this stuff that’s why they do it, it’s all a bit of fun to them!!! (messed up I know)

What are we, let’s get this sorted out from the start, we are users and as we know all comicvine Users are awesome...after all we are the Birth place of Whiskey...How awesome is that!! But as mods we have been given a responsibility to help keep the forums safe, but as well as users we are human and do need sleep. Every mod will help you if they can or point you in the direction of the right mod that can help you out. If we need to we will even point you to staff, as mods we do come to comicvine to have fun and chill just as much as any other users, but we also have to deal with everything that pops up and this is where you as users can help.

I am not talking purely about the flag button as I know the karma system can be a bit wonky. But the Pm system is not, send a group PM to the mods if you are having problems here's a link to a thread that has a PM all mods, or you cna just PM one of us and we will do are upmost best to deal with it. At the same time and I must stress this, we are not here to be abused, we get that enough from the trolls and other banning’s, just as much as we try and protect the users from abusive and insulting behaviour we will protect ourselves as well. No user or Mod has the right to be offensive to anyone on comicvine and that goes both ways. We will never outright ban someone unless we have due course to do so (or they are Bob the troll). Remember we are just like you guys trying to make this a better place for people to be.

So now we know your awesome and we are awesome and what we can do to help combat trolls, in all honesty this is a bit of fun, but the message is there. So all I ask is think before you act and feed the trolls and remember the most important thing…comicvine loves us, so let’s love it back.