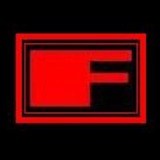 Jan 23, 2020: If you've never read a Batkevin74 story, you are in for a treat. For several years, he has been one of the most prolific writers on the Fan-Fic forum. I don't think he has ever failed to join a group and write something, and dang if it's not always great. In fact, even when he phones it in -which happens occasionally in the CCC- it's usually great by the end. This is an unique ability, because it leaves you wanting to read more, but also with chagrin that the story could have been even better. It leaves you wondering how great that story would have been, considering how great the one you just read turned out.

Speaking of the CCC, Batkevin74 has the singular distinction of being the only writer on the forum who has entered every contest so far. He has vowed that he's in until CCC #100, and then he's done. As we're currently on CCC #95, I have to say that he's earned the rest. He's entered even when he hated the theme, sometimes at the last minute (it happens), but always with something cool to read. See if you can find the one that turned into a Bewitched fan-fic. Many of the stories he wrote for the CCC can only be found on the CCC threads, but there are a handful that he's run with, developing them further into multi-chapter stories. These include (among others) Galactic Pope, Time of the Bat Comics, Amalgam World, and even Shame Faced Crab Man.

Batkevin's stories will keep you reading for hours, and your only disappointment will be when there's not more to read. Enjoy.

Note: There is at least one post that has the notation "OTMC." That means One Thread Multi-Chapter. Links to each chapter are given here so they can be found easily without scrolling through comments.