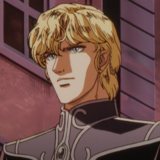 Also this entire thread is wack. Vader isnt surviving a Nuke. He scales (relative to) Jedi that were getting fodderizied via blaster volts during Order 66 or other small explosion's.

Even the FOTJ Writer stated that a bullet could kill EU Luke if Luke weren't aware of it.

@eredin12: In regard to you're claim that Luke can destroy Star Destroyers , I quote.

There is the canon book called the Legend of Luke Skywalker. It a book release before the last jedi detailing the children of canto bight casino discussing about the myth and legend of Luke skywallker.

One of the story talk about how one of soldier actually witnesses Luke using the force pull to pull down a star destroyers in Jakku.

The entire thing was prelude to the theme of the last jedi that the galaxy pretty much view Luke as an invincible God that he could do anything as he please.

The whole point of the novel is to show that these story are exaggerated and fake but these exaggerated story is what give the slave hope for next day. That they can wake up knowing there is a chance of a better future out there

Also, yea. Vader has never exhibited destruction on the scale of pains TK blast. You're bullshit scaling still doesnt prove he can replicate that pain tk feat. If were able too, he wouldnt have even bothered engaging rebels with a lightsaber etc.

Kanan Jarrus: Kanan achieved a weaker version of Oneness during his final battle with the Grand Inquisitor after having an epiphany in the force due to him believing he had lost Ezra. However, it was right before his death where Kanan achieved a total Oneness with the force. Due to the sheer selflessness of his sacrifice to save the Ghost crew, the Force fully embodied Kanan, giving him the power to hold back a large explosion while propelling the Ghost away with the force, and even restoring his sight in his final moments.

In other words, His sight being restored proves that the force amped him at that moment (prior to his death).

I'm not even going to address your second point because you're clearly mis-interpretting/construing that quote to scale Vader way above what's reasonable based off what we have actually seen of him. When Vader vaporizes with the force what a SD can vaporize/destroy then I will concede but yea Vader never exhibited destructive capacity on that level. Vader hasn't even shown anything with TK on this level lmao.

It is quite clear that he was amped much like Starkiller was amped prior to his death.

That star destroyer quote is clearly not meant to be taken seriously in the literal sense and "powerful" can be interpreted as being more fearful. If you were to take such a quote seriously then I would presume you take this quote (In reference to Darth Bane) seriously as well?

"Through the dark side he had access to near infinite power."

Also, Starkiller didn't' attack Vader w a force blast but just used the force to drop that machinery on him. This machinery did more damage to Vader than that Oneness blast lmao.

What do you mean by "defenses up". Is he allowed to use the force to deter it/defend against it when it explodes?

Kaanan Jaarus despite performing in abnormal level as is common w force users who are about to die wasn't able to hold off this explosion. I highly doubt Vader would.

If he isn't using the force then no, he get's obliterated

See 3:45. Vader was massively injured here and this is nothing in comparison to a Nuke.

@eredin12: I don't believe you understood what I said, I meant that we have seen scenes in which storm troopers/other ppl around the area are moving in similar speed as Vader tier combatants who are engaged in a duel. In other words, these fights have background (storm troopers/other ppl moving around the area in similar speed) which indicate that the combatants aren't moving as fast as you are asserting.

Sonic looked a lot more faster than Vader in the Rebels Series.

if you want to ignore feats and look how fast someone looked, Sonic never looked faster than FTE, which Vader has done casually as well:

Speaking of Rebels, we have cinematic timing, slowing down stuff for us to see what is going on, just like in DBZ

There's also plenty of other instances in which Vader/Vader Tier Combatants move in similar speed in relation to clone-troopers that are in the surrounding area so you're cinematic timing excuse in which everything is slowed doesn't hold up unless you want to argue that clone-troopers/other individuals in the surrounding area are of similar speed to those combatants.

OT: No, I wouldn't want a homosexual leading my country primarily because that itself is indicative of his views/what policy position he would align with, which is obviously that of Anti-Religion.