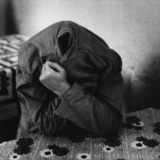 “I may not have gone where I intended to go, but I think I have ended up where I needed to be.” Douglas Adams

Why are you, you?

Yes, yes, i know they're fictional, but so are Eskimoes and we still love them.

But which comic book character inspires you the most in your real life?

For me, it's Commissioner Gordon, my all time favourite character. A normal man, confined by bureacracy who still does what Batman does, without his advantages, financial or physical and works ten times harder doing it without ever giving up. Amazing.

What about you? Who is yours?

Never has a battle result been more satisfying :)

SCENARIO: Whilst battling Ares and with the God of War sensing defeat, Diana (pre-New 52) is pulled into a vortex of the God Of War's creation to another universe;The Marvel Universe! Dropped into New York, Diana finds herself thrown into a turf war between Mastermind and MODOK (Yes, it's an acronym but i can't be arsed with the full stops between every letter). Using his mind blasts MODOK accidentally wipes Diana's memory, but not before Mastermind catches a glimpse of her memories in the backlash and creates the illusion of her wrists being bound by him, rendering her powerless. Mastermind and MODOK continue their battle leaving Diana alone until she is discovered by a concerned passer-by; Matt Murdock. Confused as she is, Diana calls on all her Amazon training (which she still recalls) and attacks her would be saviour. Matt Murdock is forced to defend himself with all his skills.

PREP: None. They are drawn into immediate battle.

CONDITIONS: The fight is only until one is unconscious, as neither will allow themselves to be restrained and will keep fighting. There are no witnesses. Matt is only carrying a normal walking stick which is quickly smashed in the initial conflict and is useless as a weapon. Each are weapon-less. Diana is completely powerless relying only on her fighting skills. Matt still has his radar sense. Neither needs to hide their abilities.

@feebadger: and also what type of sword?

You could potentially give Steve just the shield, and give Bruce just the sword and the spear.

I'm a traditionalist so i'm going to have to go with the Broadsword; the most user unfriendly of the sword family :)