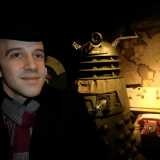 Now this is my first post so please be nice and give fair criticism on how I can improve.

I was reading an Avenger issue the other day and suddenly remembered that there are A LOT of gods in the Marvel Universe. Only off the top of my head there is both the Norse and Greek pantheon of gods, the Christian god and devil, the egyptian god that created Moon Knight and several demi-gods. But then there are also characters like the Eternals, the Celestials, the Beyonder etc, who while not technically gods, still are god-like characters.

My question is, with all these character shown to LITERALLY exist, how does religious characters in the Marvel Universe justify their faith? Whether your Christian, Jewish, Muslim, Hindu, Buddhist or whatever, this obviously contradicts at least part of your beliefs. Has it ever been adressed(I don´t have an all-encompassing knowledge of the Marvel Universe so its possible I have missed it)? Do you think it should be adressed? Personally I think it could make for a great mini series for example if handled carefully, since as we all know religion can be a very sensitive subject.

What do you think? Is it a good idea or should they stay away from it? If such a story was to be made, what writer/artist would you like to see on it?

Blogs Created:
1 blog
Most Commented blog:
How confusing it must be to be religious in the Marvel Universe
Total Comments on blogs:
61 comments