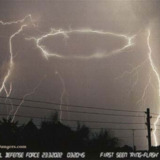 The amount of MK haters on this site are rather pathetic yet hilarious at the same time.

I'll try to find this on ebay. As a baseball fan, I must say if not for baseball you'd have no caps in general, but it's still cool regardless of you're a sports fan or not.

That's how much most New Era hats go for lol. Some little less, others little more depending.

Plus it's Superman/Batman, surprised it's not more honestly lol.

They never confirmed what Earth they are on technically on Flash show just yet, all we know is Earth 2 to them is where Jay Garrick and Zoom are from.

Any rate, sounds sick! I love how he's getting new powers so now the haters can say "he doesn't do anything but run blah, blah"

Maybe one will be the being in two places at once trick?

I bet perhaps one of them will possibly be him vibrating through walls. I know he kind of did this in season one while running he phased through a truck.

New power cool, have no clue but one power I could see possibly is maybe he creates a clone mirage from the speed force that can actually not only fool people like Thawne did but hit people at the same time? I dont know...lol

@mattydavehalpeo: I guess anything's possible like I was saying earlier but I personally don't foresee that happening as Jay seems to be a goody hero, with no secrets but we'll see.

The shows tend to sway off from the comics, as close as Flash is to the comics(in fact I believe John's said it's the closest comic book transition on TV from comics right now) yet even this show has some things different as we've seen.

Guess time will tell what the deal is with who Zoom is, from the interviews I got the vibe he may be a demon but illustrated similar to Black Racer or Death even. We'll find out soon though. I'll check out that arch though if I can find it.

Maybe Zoom is a brainwashed Jay and Cobalt Blue is the actual villain like in that Wally West era Speed force comic. That's explain the large amount of speedsters in season 2.

lol not sure about the brainwash theory but at this point anything can be possible, the show is so unpredictable and loves to throw us curve balls and knuckleballs when we expect fastballs. Last season was a prime example of that lol.

You mean Blue being perhaps an evil barry from Earth 2 aka Zoom of that earth? Possible, would pay nice homage to future darker barry from New 52. Or Zoom can just be a demon speedster all new, could be Earth 2's Eobard Thawne(another theory) so many possibilities going that are very possible.

One theory I don't believe it is that I've read is future Barry from Flash's Earth the main one in the show but since he's from Earth 2 this Zoom I don't buy that one.

@joshmightbe: lol yeah I hear us. I enjoy good stories in general both old and new just give me a good story you know?

@joshmightbe: lol yeah I hear us. I enjoy good stories in general both old and new just give me a good story you know?

@joshmightbe: At first I felt the same way but then I remembered current Jay in the comics is even younger arguably from Earth 2 :) It's like they combined the classic look with the younger Jay Garrick for the show.

JL is epic lol and so is the GL.