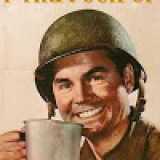 Ultimates are waay stronger. ULT Colossus isn't as big as 616 Colossus but if he's on Banshee than he can probably do a lot more than take out 616 Colossus.

Just found out the voice of Raven is Tara Strong who did the voice for Raven in Teen Titans and Teen Titans Go (CN). All of a sudden her voice isn't so awful to me. In fact it's amazing now.

This smells of Socialism. People should get what they earn in the United States, and I am not talking about taxes. We already have a President that rewards the most negligent of citizens for being exactly that...negligent.

I find this kind of offensive. My aunt served in the US army and was released after getting injured while on leave. Because of some loop bull sh*t she didn't receive the normal assistance that injured soldiers receive after being declared "unfit" for duty. She has permanent nerve damage all along her face and suffers from extreme anxiety and has a lot of other mental issues. She has been through literal hell and now the only way she can feed her children is by resorting to Social Security and Welfare.

I don't like the idea of the US government taking money out of the pockets of people against their will anymore than the next guy (mostly because I believe that people would generally assist their neighbors without being forced) but don't assume that everyone on assistance lazy. It only takes a really bad hand to have your whole world turned upside down. You don't have to care or agree that these people need this money but don't generalize them so easily.

I have no problem with Johnny being black. I just have no idea why. Pretending that race isn't there is sort of being intentionally retarded. We see it. It's physically there. What possible reasonable explanation could there be for whiteface or blackface.

It sort of makes sense when the role requites the skill or "Charm" of a certain actor(s).

For example. Johnny Depp playing Tonto in The Lone Ranger. Half that movies revenue will come in simply by people who want to see Depp in redface. It's kind of dumb but it makes sense.

Another example would be the Oscar nominated disaster film The Impossible. It was based on true story about a Spanish families epic tale of survival during the Boxer Tsunami in 04. The film's main cast however where all white. Why? Because when Naomi Watts and Ewan Mcgregor want to be in your movie you don't hesitate to say yes. See. It's pretty messed up that films have to do this to draw the attention of movie goers but from a business standpoint it makes sense.

And now we have this. The kid from Chronicle (who no one really cared about) being cast as a recognizable white comicbook character in a big budget Hollywood movie. There's no reason for it. At least I don't see it. The only thing I see is them trying to be diverse. If that were the case why not make a Black Panther movie? Not only would it make sense but it would probably be 100% better than that soon-to-be crapfest of a movie.

Was raised Christian-Catholic, but I just consider myself a theist and have considered myself an agnostic in the past.

I will also spare this thread my thoughts and views of certain types of people because I respect the OP's request.

I use the flap because thats the classy thing to do.

The comments in this thread are really awkward.

@falconpuuunch: I thought it was just on battles

Oh, That makes more sense. I wasn't sure.

MK9 was waaaaay better. The gameplay online and the story was superior in every way.