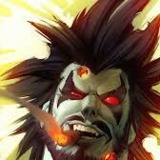 Better just be a publicity stunt. At least Japan is safe.

Impossible...how could DC have that kind of potential?

@fabricolage said: I wonder if the quirk works with the other quirks. Like if he used it with Black whip to make projectiles Deku throws move quickly or slowly send something over to safety. Maybe even prevent things from collapsing or breaking apart during rescue duties. He could possibly dilate the perception of time on others and make them less reactive and dangerous.

I'd assume it works on speeding up something tangible, like Black Whip. But probably not smokescreen, since he needs to touch it. It also seems to only change and increase velocity, not perception, which would've been ridiculously op.

I wouldn't say that my idea is greatly far-fetched. The smoke screen power is quite a visible ability that affects even Deku. It would probably be made up of particles manifested by the user. And since particles are around us, they move around and function just the same as something physical, but with less weight or mass idk which.

The time dilation could be that instead of Shigaraki/AFO seeing things slowly, it is just his body moving and reacting in a slower manner. Could decrease impact of things and such. Even then with my idea, idk how the body works but maybe the brain cells don't get enough whatever to help someone think properly, which the perception thing does seem like an outlier. Guess I'm basing it on the types of velocity or something with some imagination.

If it were to be far-fetched, I would sat that Deku would have to affect intangible things. For example, if it were being used with Danger Sense and the transfer quirk for remote usage of their abilities, then maybe. Like having others get that quirk and possibly the others and Deku could just send it back to himself when he's done. But then again quirks have weird manifestations.

Basically, I'd assume that Deku could use the first's transfer ability to a degree and channel the other powers into them while mixing things around. Such as, creating a smoke screen that has danger sense to help him know what is going on in a large area and, instead of avoid a situation, the smokescreen would be on the offense and obstruct the vision of the enemy.That, or have the smokescreen summon black whip to ensnare the victim. All that and having Deku regain his quirks. Also even sending the first's quirk into Shigaraki which overwhelms his mind with enhanced vestiges. Not everything seems possible in hindsight and all.

Huh, so we were bought by fandom Wikia? Did vsbattles put them up to it? Are we going to have to use their sources for feats now? I wonder what will change.

I wonder if the quirk works with the other quirks. Like if he used it with Black whip to make projectiles Deku throws move quickly or slowly send something over to safety. Maybe even prevent things from collapsing or breaking apart during rescue duties. He could possibly dilate the perception of time on others and make them less reactive and dangerous. Possibly use it with Smokescreen and Blackwhip to affect certain things without others knowing, or just affect their speed in which they come out and use them as decoys. Seems like a good quirk that doesn't need to completely rely on OFA's two quirks if the user can get creative with it. Not an overpowered quirk, but can be if used well just like the other ones. He'll probably help other heroes and improve their speed. I wonder if it can be used for concepts like healing or something.

Starting to think there was foreshadowing in the story. With the hands covering Shigaraki in order to represent he's being restrained or being prevented from something. With the duality of how both quirks that Shigaraki and Deku uses and how the vestiges are present is interesting. That and Deku trying to be his own person after realizing he shouldn't completely emulate All Might which is the opposite for Shigaraki's situation.

Even if I question how the other fights could go, they probably can be solved in different methods. Like with light novels, fan works, sketches, possible future story flashbacks, etc.

Probably, as long as they don't make it too edgy. It should have decent writing that seems like it followed a source material. Maybe even have the Invincible style rather than the new 52 animation style.