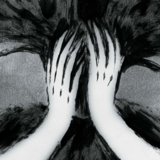 "A dance with the devil might last you forever"

The Deacons of Dread

"All hail the first Strix"

In the Black Hallows, prayer for cosmic intervention was answered by neither gods nor fate. Those who prayed to the divine were answered by the echoes of their own pleas. The heavens wouldn't dare send anyone to these eldritch lands. For the waters of the Grey Abyss flowed back and forth, crashing against the shores of Sunhelm in a song that drove the divine mad. A song that coaxed all gods to the waters of a Grey Abyss ready to drown and corrupt, to make twisted nightmares of beings many looked to for salvation. Tainted by the diseased touch of cosmic madness, these fallen gods were bound to the waters of the Grey Abyss.

So great was their despair, so gripping was their madness, that these gods, corrupted and hollowed, prayed as mortals often did to them. Their cries soared beyond the dark waters of their prison, and their prayers were answered. By the Madweaver, the first Strix, Ezra. From the Void, Ezra descended upon the waters of the Grey Abyss, and seized four of the fallen gods drowned beneath the waves. Madness was his to control, and control he did. The taint running through veins once divine thickened, and so too did Ezra's control. Gods from foreign realms and cosmoses became Deacons of Dread. Judith, goddess of fertility, became Judith, Lady of Life. Idhelm, nether-god of oblivion, became Idhelm, Seer of Stillness. Estrid, goddess of healing, became Estrid, Preacher of Plagues. And Oswin, god of nature, became Oswin, Tribune of Thorns.

∆ The Deacons of the Dread Lord ∆

During times too ancient for mortal minds to think possible, Estrid was a goddess. And her dominion was healing. Her world lie an entire cosmos away, yet her ears still caught the whispered prayers from the bowels of the unknown. An unknown from parts beyond the reach of even her knowledge. Surrendering to the despaired call of the sick and dying in the Black Hallows, Estrid descended with wings like polished crystals - and she was drowned for it. The song of the Grey Abyss drew her to it's waters, and something pulled her under it's corrupting waves. The taint from the water burrowed into the very essence of her divinity, and turned her.

Her arms grew long and thin, her skin became as white as milk, and a thin membrane grew in place of her hair. She became smooth and slug-like, and her wings forever changed - fusing into a large mollusk shell that held whatever'd become of her legs. Though her physical attributes far eclipse those of the ordinary man, Estrid's power lies in the manipulation and creation of disease and sickness. Wherever Estrid crawls, her glands secrete a unique mucus that absorbs the moisture from those who come into physical contact with it, draining them until they're weakened and shriveled. Furthermore, the mucus is sticky and bears the strange property of growing thicker and heavier the more one struggles. More merciless however, is Estrid's diseased breath. From her mouth, she breathes a purple flesh-eating mist with digestive agents that consume the cells of those caught by it.

Additionally, Estrid wields authority over a multitude of diseases, and is able to alter their severity, means of spreading, and even exercise control over the agents that cause them, be they bacteria, viruses, insects and so on. Her touch is cancerous, and her breath poisonous. Typically, she spreads disease via four methods; with a thick airborne miasma, her mucus, through rodents, and through birds. She is also able to sprout massive bladed tendrils whose cuts spread diseases and toxins of her choosing. These tendrils boast a monstrous degree of superhuman strength and move with a blurring velocity, rendering Estrid exceptionally dangerous the closer one draws.

As expected, Estrid herself is immune to disease and sickness, and is in possession of a frightening healing factor. As disease is her domain, she grows more powerful in the presence of sickness and disease and the things that cause them. Where she strides, diseases, plagues, infestations and so on follow.

In a cosmos distant from the known, nature once bowed to a pantheon of gods. One such god was Oswin. But come his tainted rebirth under the Grey Abyss, Oswin fell from the graces of his divinity. He became a Deacon of Dread, the Tribune of Thorns. Thorny vines and roses follow in the wake of his stride, creeping over surfaces to be pollinated by the eldritch bees at Oswin's command. Within the realm of Oswin's powers is the ability to create, shape and manipulate plant-life. Wood, vines, plants, moss, leaves, roots, flowers, fruits and so on are all at his beck and call.

Abnormally tall and long-fingered, Oswin is a lanky figure with skin so pale it seems it does not react to light, and a bulbous flower bush in place of a head. Though superhumanly strong, durable and fast, Oswin's true strengths lie in his authority over nature. By the slightest of whims he can cause plants to grow, to climb out the soil and walk as botanical abominations whose DNA structures are changed. Plants withered and dead are brought back to life with the stroke of a finger. Flowers bloom at the echo of his voice, thorny vines of supernatural strength and vigor lance through the air to shred his foes, spores and pollen spread at the flick of a wrist, and so on. He raises man-shaped plants from the soil, and transforms massive trees into twisted wooden juggernauts whose monstrous strength is felt through trunk-like limbs grown to butcher all enemies.

The extent of Oswin's powers is a thing of mystery. Yet the Tribune of Thorns can echo his voice through plants and see through their lives and stems, their branches and trunks, their flower-heads and roots. And through them, he can exercise his will, entering into them from afar and accelerating, mutating that which is natural. Typically, Oswin burrows underground, moving unseen through the bowels of the land at speeds never meant for mortal bodies. There, he sits in solitude and commands the plant-life above him to do as his will commands. However, when forced to do battle in close quarters, the Tribune of Thorns dons his armor, grows two arms beyond his existing ones, and wields a corrosive vine.

The armor's fabric is woven from vines of supernatural strength, and wooden plates adorned with mildly neurotoxic thorns that induce temporary paralysis in those cut or pierced by them. The vine wielded by Oswin acts as an extremely corrosive whip that rips the electrons from molecular structures, lacerating through nearly any material as it leaves a superheated goo in it's wake. Furthermore, the flowers that make up Oswin's head are perverted monstrosities that do the opposite of plants. Instead of absorbing carbon dioxide to create oxygen, Oswin's flowers absorb oxygen and exhale carbon dioxide. The air around him, therefore, is devoid of oxygen and highly toxic to those at the mercy of human limitations.

Among Oswin's favorite plants to manipulate include the dangerous Sanguinaria, manchineel trees, Dendrocnide moroides, and others. Additionally, Oswin can take on the properties of the plants he manipulates, such as their toxins and their methods of spreading said toxins.

Time flowed slowly, and light echoed dimly, such were the constants in the non-life of Idhelm, a nether-god from an oblivion foreign to the cosmos he now roams. His was a home of nothingness, where nothing grew and nothing happened, where memories did not flow and nothing lived. For how could they in the presence of nether-gods? Of those whose emptiness rolled over to the edges of their cosmos, undoing time and space wherever it went. Drawn to the Void, and enticed by the nightmarish non-things it saw there, Idhelm was drowned by the waters of the Grey Abyss, and where his body lay, the waves flowed coldest and slowest. Corrupted and hollowed by the monstrous things in the Grey Abyss, Idhelm divinity was no more. He emerged from the waters a towering and emaciated thing, with skin as white as bone, and a face as gaunt as a corpse's.

His long hair flowed in stringy wisps of white, and his crown and jewels glimmered with a chilled light. An immortal and soulless being, Idhelm breathes no air, eats no food, and drinks no water. His body needs no sustenance, no energies to feed upon. It wards all sickness, and stands with a monstrous strength, tirelessness, and durability limited only by his lacking speed. Yet it is the cold he radiates that makes clear the power at his fingertips. Through his presence alone, Idhelm slows the kinetic movement of things around him, draining the heat, the energy all systems need to do thermal and mechanical work, from his immediate surroundings. Particles, foes and forces do little work around him, slowing dramatically the nearer they draw, and growing exponentially weaker. The strength of energies fades the closer they soar, and those touched by his skin are frozen, encased in ice by a being whose temperatures make a mockery of cryogenics.

Where he walks, the cold follows, in storms and blizzards, ready to be commanded and wielded. Ice and cold are his to manipulate, in whichever way his imagination allows. And his touch coaxes the thermal energies from everything he touches. The cold at his fingertips freezes the blood and cracks the skin. Yet it is the scythe he wields that threatens the most. Whatever materials it is forged from, none can say. Yet it refuses to break, and instead breaks others, for it's power is to halt the atomic motion of all things it touches. When struck, targets forfeit all electrical resistances and atomic cohesion, and shatter under the weight of their own mass. The more durable an object, the more strikes Idhelm's scythe needs to shatter it, yet nothing can endure repeated contact for long, not even true adamantium.

The youngest of the Deacons, Judith was once a goddess of fertility come from a foreign cosmos in slavery to a curious sense of adventure. And she was the first to be drowned by the Grey Abyss. And as it's dark waters eroded her divinity into an abhorrent otherness, it stripped the color from her skin, and left her an emotionally numb beauty with a porcelain face. Her presence is haunting, and her eyes large and unblinking. As the Lady of Life, her power is over progression and advancement through evolution. By absorbing and consuming the organic biomass of others, she evolves by gaining their abilities, traits and attributes. And Judith has evolved to be a deathly physical specimen. The strongest and fastest of the Deacons, she is capable of generating truly maddening amounts of force.

From whom she absorbed these powers, none can say, just as none have yet witnessed a limit to both her speed and strength. Like the others, she does not tire, needs no sustenance, and bears a supernaturally durable form. Yet it is her touch that frightens the most. Just as she absorbs the abilities and traits of organisms, she absorbs information from any object she touches, learning it's history, properties and so on, as well as absorbing their properties and traits, enabling her to for example, transform her body (or parts of it) into one of identical composition to an object she has touched e.g. metal. Stranger still, Judith holds complete authority over her own anatomy, freely altering and manipulating it however she sees fit. She can stretch her limbs and move as though she were boneless, grow additional appendages, change the shape, density, texture, size etc. of her body parts and so on. She can regenerate from severe wounds, regrow severed limbs and the like.