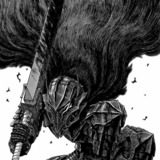 Funny how? Funny like I'm a clown I amuse you?

The first time Shazam uses his super-speed was to travel a couple of meters/feet at super-speed and blitz some robber:

Shazam using his super-speed was able to save mary from a truck about to hit her:

He was capable of jumping high into a skyscraper with massive leaps at superspeed:

He manages to cover a really large distance between he was to the main roads in a matter of seconds:

Here the distance in question:

Billy should be faster than Darla who while using a fraction of his power easily dodges Lightning from Dr. Sivana

Shazam managed to dodge lightning From Dr. Sivana when facing him

Punches through a Concrete wall

He catches a punch from Dr. Sivana and slams him on the ground

Shazam breaks a bat in contact with his body

He manages to take his first two hits manages from Dr. Sivana

He also was fine getting punch pretty hard to a building by Dr. Sivana

He was again fine getting ram into the ground Dr. Sivana And fall in the bathroom of a mall I think (I'm might be wrong)

He also fine getting slam into the roof of a building

He is immune to fire

Matches/clash with Dr. Sivana lightning which create a huge smoke/explosion in the process